It chucked it down with rain yesterday evening, just as more boats arrived in the Oozells St Loop.  But apart from the rain on the roof we had a very quiet night, for the centre of a city.  It was still lightly raining this morning when we set off at just after 8, through Old Turn Junction, Broad Street Tunnel, and Worcester Bar. 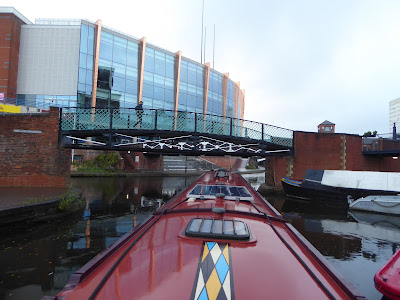 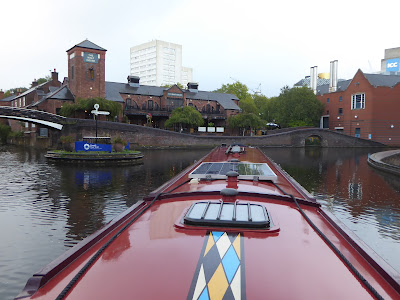 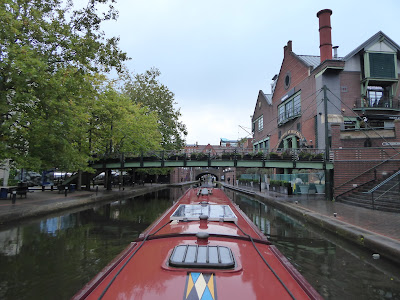 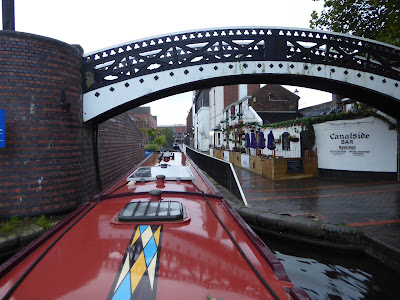 We only went as far as Holliday Wharf, where we stopped at the water point.  While the tank filled we got some washing going, and popped to the little Tesco at the Mailbox for perishables.  It’s not the fastest tap, so it was getting on for 9am before we set off again.  There’s now a bridge over the canal from the new University Station.  I was surprised it wasn’t more finished — but I’ve looked back at when we passed last year, and the station building was just a shell then. 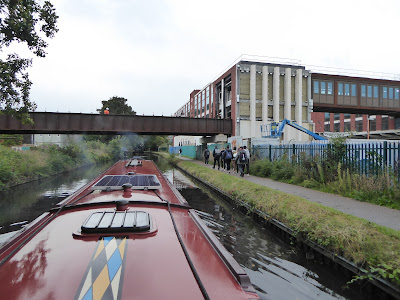 At King’s Norton Junction we took a sharp left onto the North Stratford Canal.  The Junction House has emerged from the wrap it’s been under since being burnt out, but there still seems to be quite a lot of work to do. 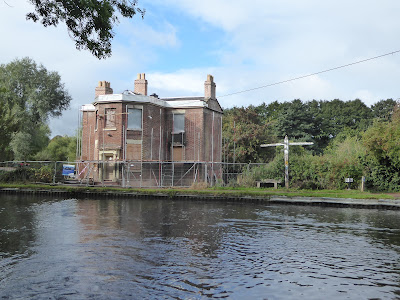 The guillotine lock still has plenty of graffiti. 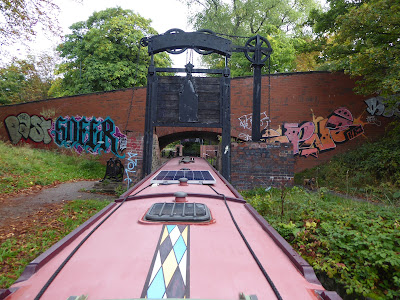 It was a while before we saw any boats coming the other way, but when we did the shallowness of the canal made even passing each other a challenge.  In addition, the weather alternated between raining and sunny, and it’s been pretty chilly all day.  We lit the fire yesterday evening and got it going again this morning, so at least it was warm inside.  We held up three or four cars at the Shirley Draw Bridge. 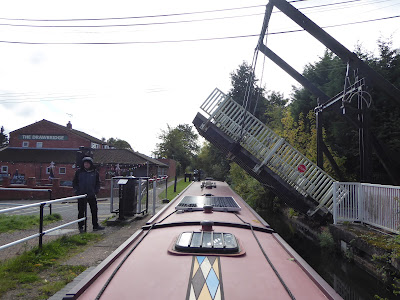 There are quite a few long sections of permanent moorings on this canal, so going can be a bit slow.  But we soon got to the two lift bridges, which Adrian worked, and then the start of the locks.  We did the top four and moored in the pound below, as we’re seeing Bob and June this evening.

Are you coming back down the GU? We hope to be setting off from Calcutt tomorrow towards Birmingham - we will look out for you!
Debby and Dave

Yes we are - now at The Cape. We’ll probably see you tomorrow. I also meant to tell you that we passed Chuffed below Atherstone Locks on Saturday.