I meant to mention yesterday that as I drove back through Alvechurch, I passed a big press gaggle outside the school.  There were three sat trucks with their dishes up, lots of people, and a fair few police.  I heard later on the radio about the teacher from the school who'd died in the coach crash in France.

This morning I got up at a reasonable time, found there was just about enough hot water for a shower, had breakfast, and pottered about.  The shower had started dripping again, so I took the whole bar off the wall to have a look inside.  Nothing looks damaged, so I'm not sure what's going on.

The two boats moored in front of me, a shared boat, Jenny Wren, and the coal boat Gosty Hill, both set off heading towards Hawkesbury.  I also got ready to go, and had a visitation from a couple of swans. 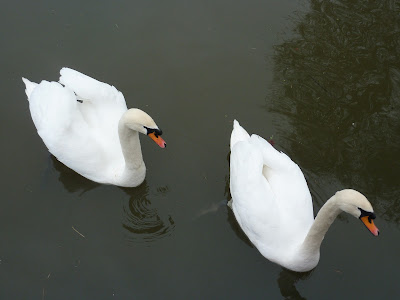 There had been a bit of brightness first thing, but now it was cloudy and quite cold.  There had been some lambs in the field next to the mooring, but they were too far away to see properly; as I came past the farm near Bridge 35, there were moor.  This pair and their mum, number 15, were right by the water's edge.  I hope she was teaching them how to get a drink without falling in. 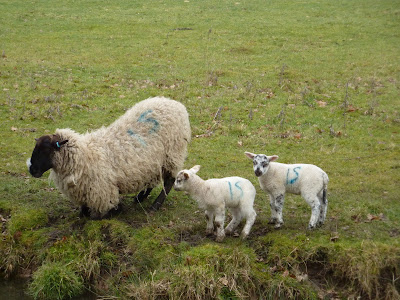 As I approached the marina, there was a brief shower of very sleety rain.  While it hadn't been at all windy this morning, there was the usual breeze blowing across the marina, but at least it was pushing me onto the pontoon rather than away from it, and I was soon moored up.  I made all the usual preparations for leaving the boat, and set off for home at about 11am.

Alvechurch and All Oaks

To Alvechurch today for a boat test.  For some reason, the sat nav took me there via the M6 and M42, and back using the M42, the M40, and the A46.  Either way, it's a drive of about 45 minutes.  It was beautifully sunny as I left Brinklow with hardly a cloud in the sky.  But as I approached Alvechurch there were signs that it had been snowing.  It was also a bit more cloudy, although we still had enough sunny spells for the photos.

I don't usually say anything about the boats tested until they appear in the magazine, but someone has already let the cat out of the bag! 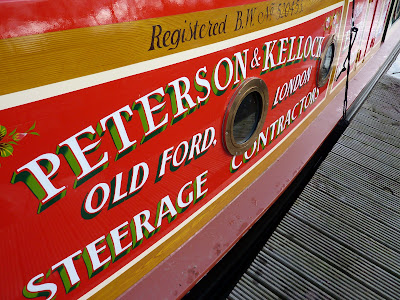 After Sunday lunch at The Weighbridge, I headed back to Briar Rose.  It was still lovely and sunny, so I made a quick decision to head out of the marina for the night.  I got some ropes out, disconnected the shoreline, did the engine checks, and was soon reversing off the pontoon.  I felt I was getting a few strange looks from other moorers -- after all, who heads out at 4.15 on a Sunday afternoon? 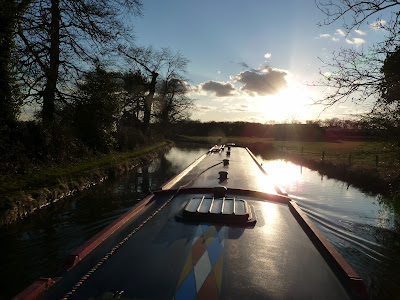 I wasn't sure which way to go right up until I got out to the canal, when I decided to turn left aiming for All Oaks Wood.  The sun was low in the sky and it was chilly, but it was nice to be out of the marina.  I went past the moorings, turned around at the former Brinklow Arm, and returned to this favourite spot of ours.  There was a nice sunset while I moored up. 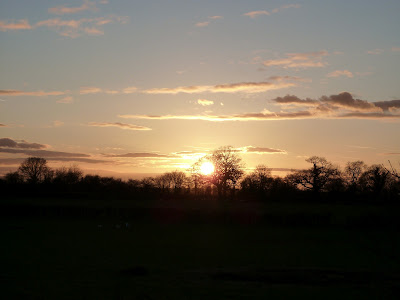 I put the dish up and eventually got a satellite signal.  The other good news is that the shower seems to have stopped dripping.  Maybe now the water system is full again, it's sorted itself out.  Whatever's happened, I'm leaving well alone.

Email ThisBlogThis!Share to TwitterShare to FacebookShare to Pinterest
Labels: Bridge 34 All Oaks Wood

I came up to Briar Rose last night, as I have a boat test to do later today.  I left work at 10, and arrived just before midnight, slightly apprehensive in case there'd been any frost damage.

Within a few minutes of arrival I'd unpacked the car, put the chimney on and lit the fire, turned the gas on, turned the water and the water pump on, put a couple of hot water bottles in the bed, and made a cup of tea.  I continue to be impressed by the Squirrel stove: it always lights first time and is soon going well -- and it easily stays in all night.

The boat was cold, but we seem to have survived the cold snap.  The shower is drippping a bit -- the "flow control knob", to quote the manual, is a bit loose.  This could have been caused by freezing, I suppose.  I'll take it off later, have a look at the "flow control cartridge" and see whether putting it back together again solves the problem.

The boat was much warmer by this morning.  Visible signs of this included the eco fan spinning fast, and the bottle of olive oil in the galley, which had turned back into liquid.  The main thing is that it's a beautiful sunny day -- ideal boat test weather.
Posted by Adam at 08:46 1 comment: 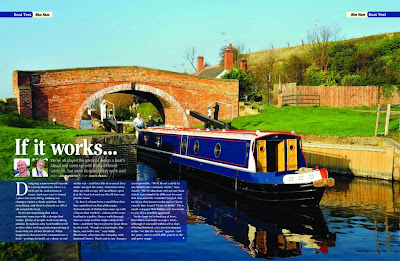 The March edition of Canal Boat is out, and includes my boat test of Blue Haze, by Narrowboats of Distinction.
Posted by Adam at 14:56 No comments: