Up to Crick Marina for a boat test today — but it wasn’t until lunchtime, so I decided to drive up this morning.  I called in at Briar Rose on the way, dropping off stuff and turning the fridge on.  As the boat test wouldn’t be done until mid to late afternoon, I planned to stay on the boat tonight.  It was indeed about 3.15 by the time the boat test was done, which wouldn’t have been the ideal time to drive home, so I went back to BR and within a few minutes was heading out of the marina.  I boated down to Cosgrove, turned above the lock and returned to pretty much the same spot we used after the show a couple of weeks ago. 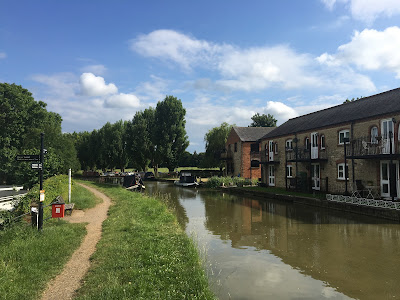 The reason for coming down to Cosgrove was that the loo needed emptying, and it’s much easier to do it at an Elsan.  The waste doesn’t actually go down the Elsan, but it means you can give the bucket a good clean and rinse.  We’ve been trying a new base material in the loo, Tesco cat litter made from wooden pellets.  I’m pleased to say it’s been a great success — it was almost completely dry, and the pellets have disintegrated completely.  This is what they look like fresh out of the bag. 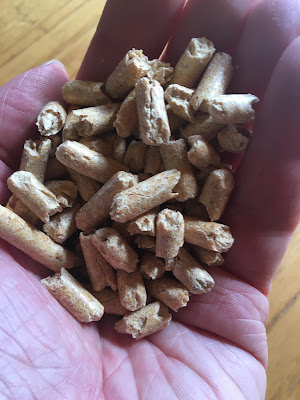 It’s turned into a very nice sunny evening.  The moorings, which had loads of space, have gradually filled up a bit. Tomorrow, I’ll go back home first thing, as i have a set of night shifts starting later. 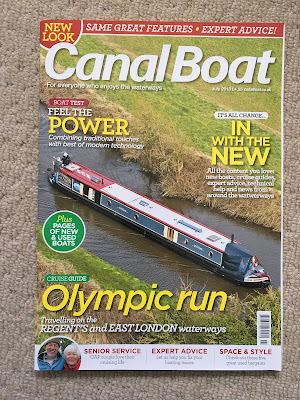 The July edition of Canal Boat was out at the start of the Crick Boat Show, and includes my boat test of Silent Waters by Bourne Boats.  The front cover is one of Andy the photographer’s drone shots. 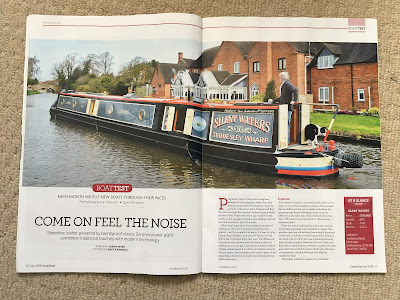