I had a decent length break at work today -- so went up to Paddington Basin to visit Carol and George on Still Rockin'.  It was good to catch up for an hour over a cup of tea.

A number of the 50 statues in the Paddington Trail are, perhaps not surprisingly, near the basin.  The same basic model has been decorated by different people, in different ways.  Here are Brick Bear and Futuristic Robot Bear. 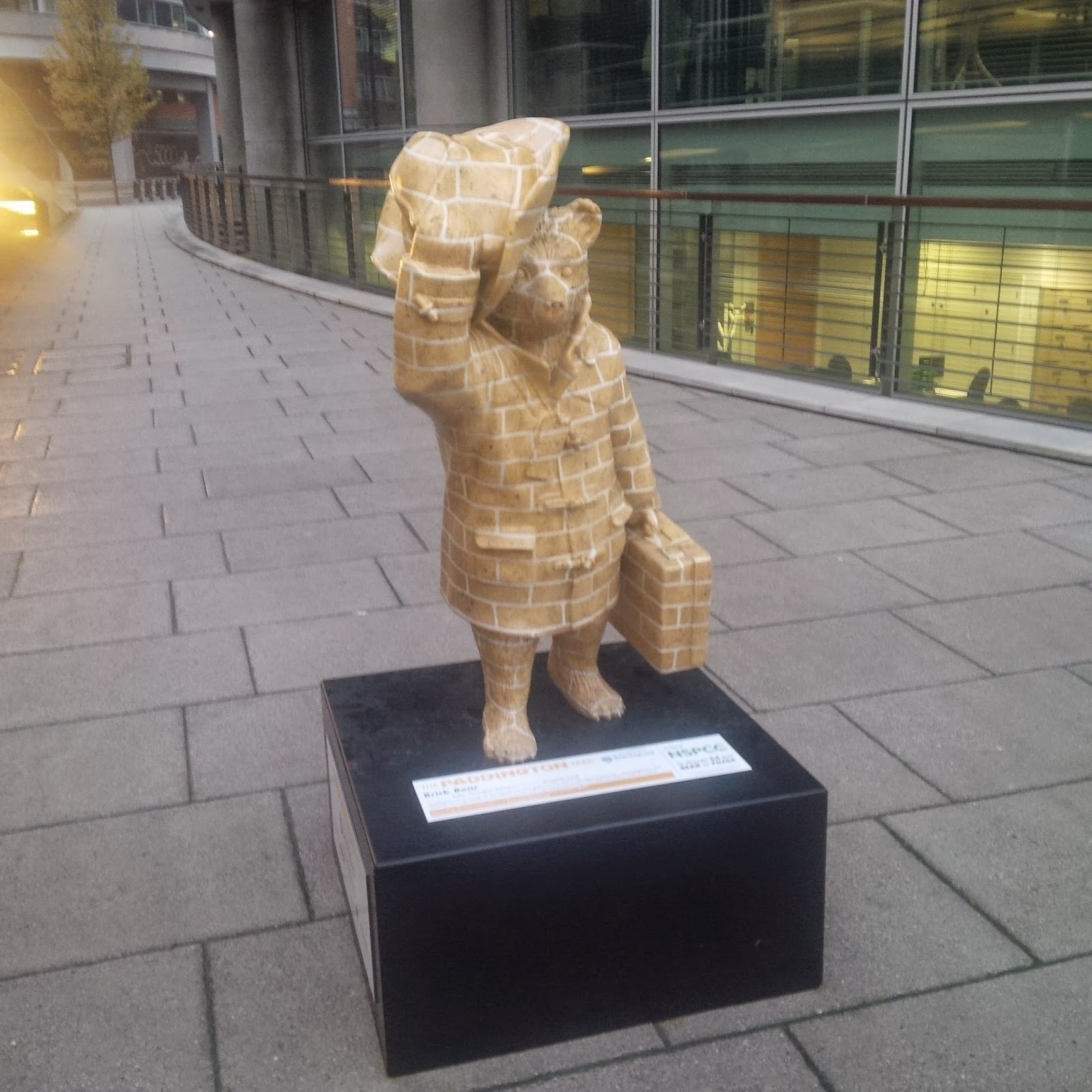 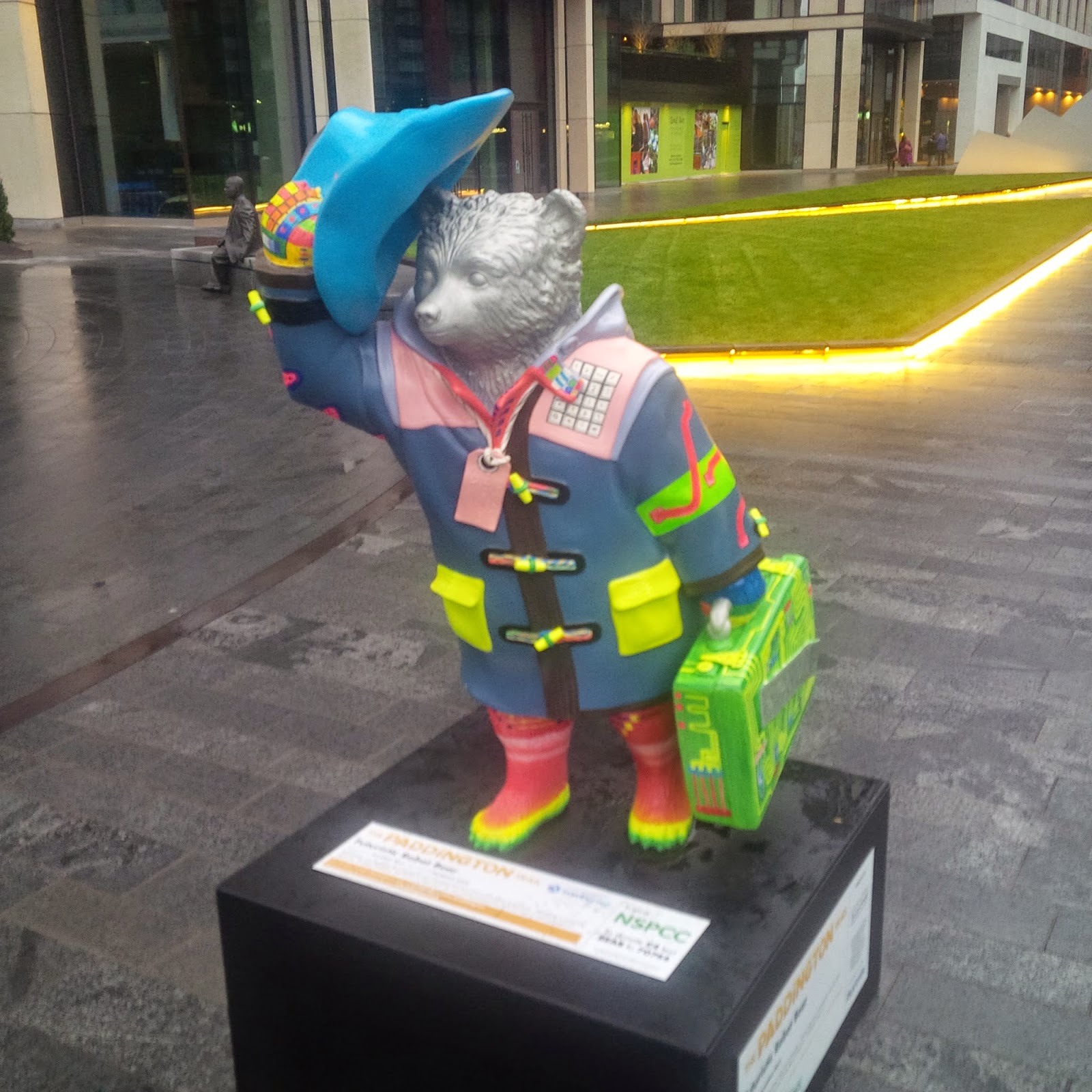 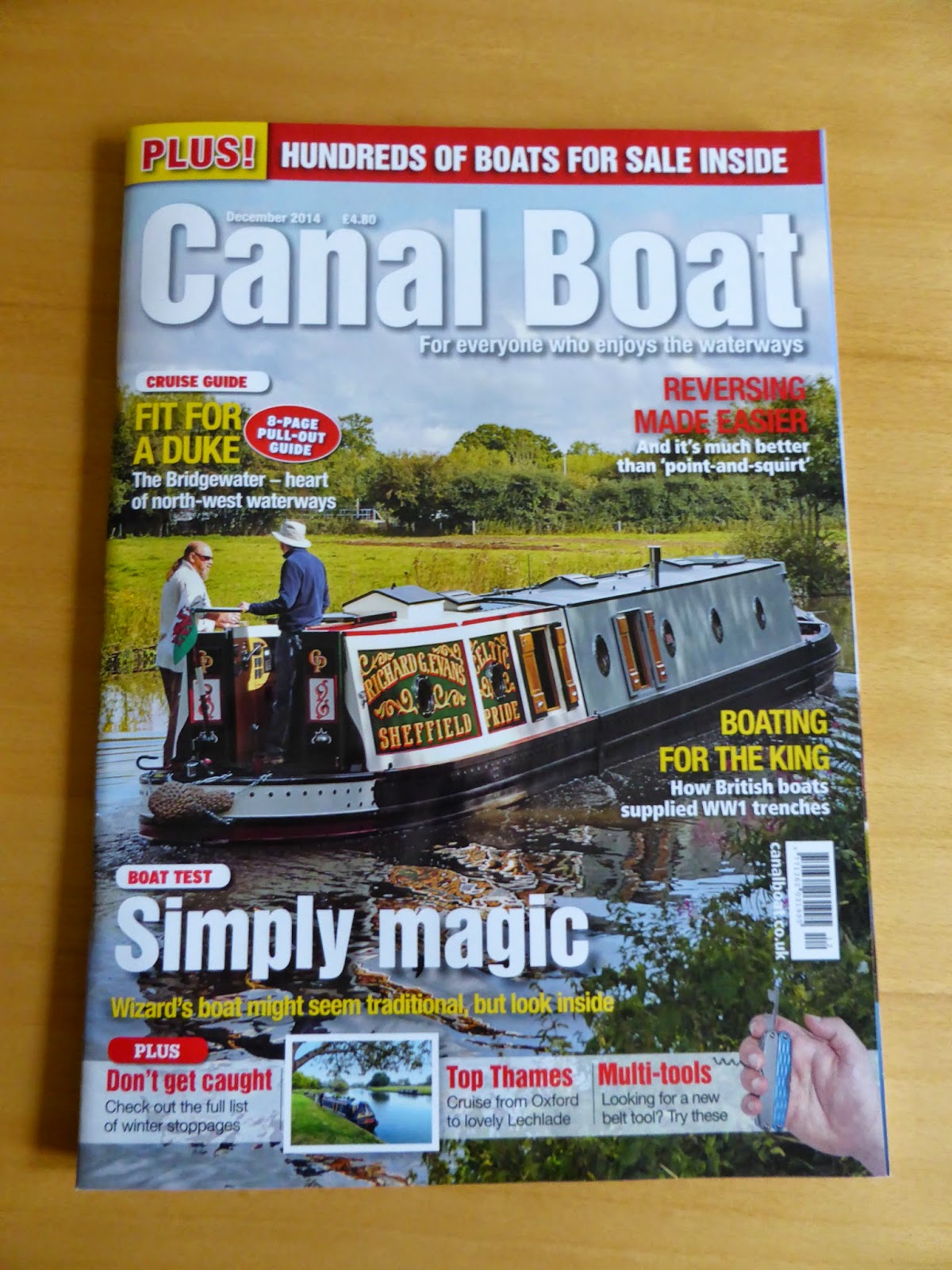 The December issue of Canal Boat is out, and includes my boat test on the Wizard boat, Celtic Pride.  This boat was the runner up at the Crick Boat Show back in May. 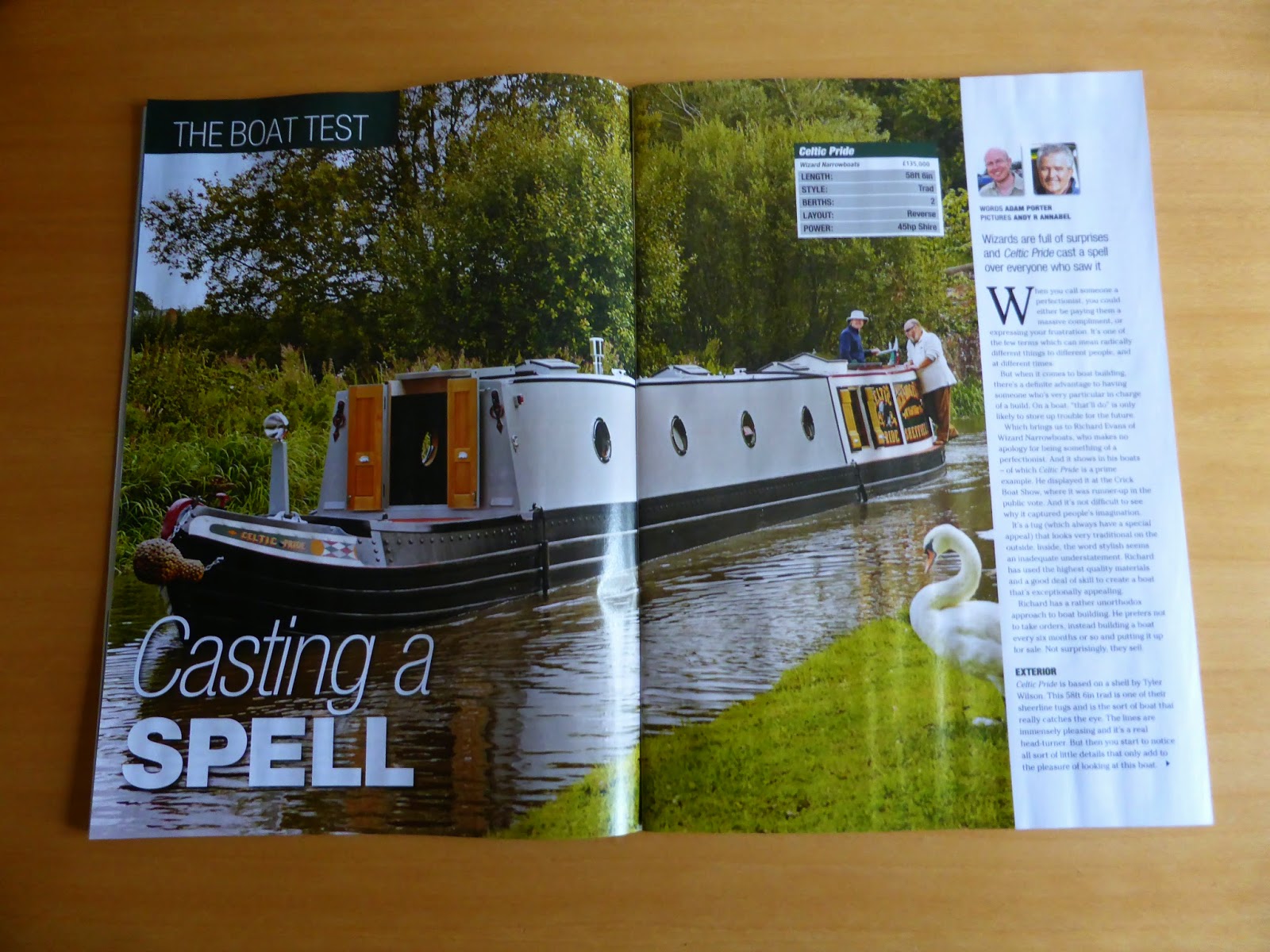 The penalty for the sunny day yesterday was a cold night.  It was very frosty outside when I got up this morning; fortunately the fire was still going pretty well.  I went outside after breakfast to see just how hard the frost was; it was pretty thick on the roof, and looked great in the morning sunshine. 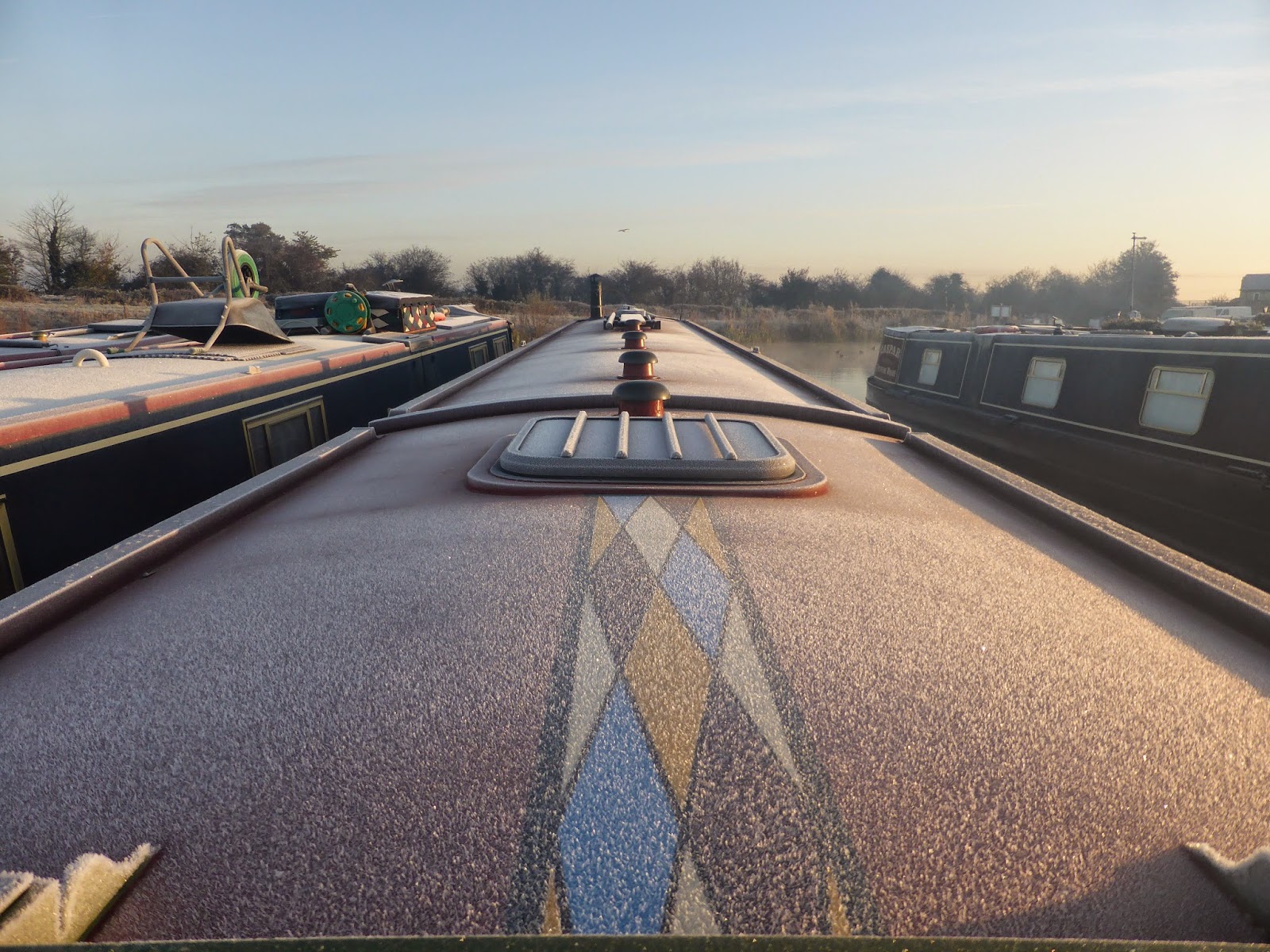 There was mist on the water, and almost no wind.  With the frost and the marina ducks, it was quite a magical scene. 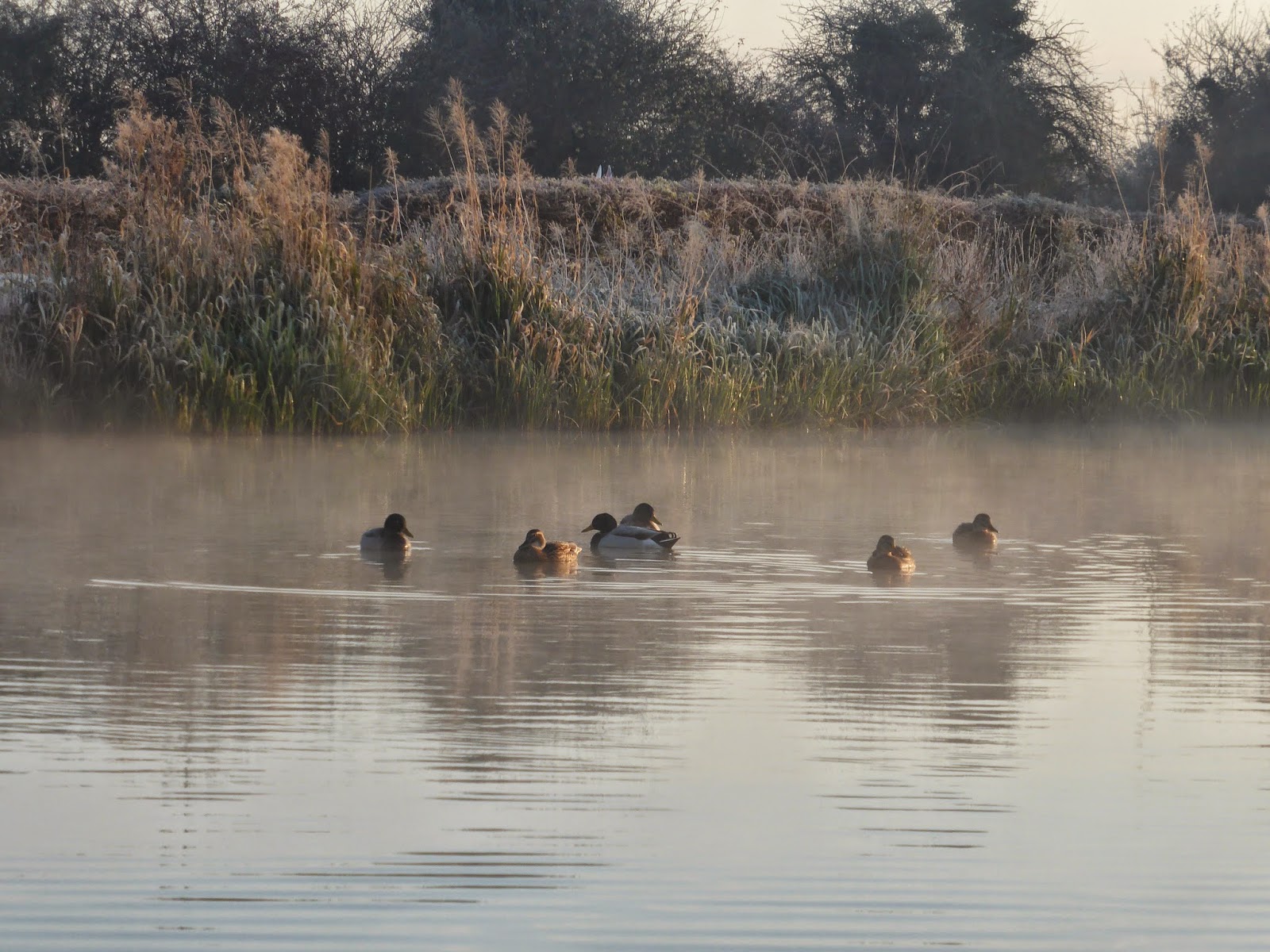 I needed to get home, though, so packed up and did what little bit of winterising we do to the boat.  We don't want to do too much, as we like to use the boat during the winter.  I turned off the water before the pump, and opened the taps to drain the pipes as much as possible.  I also took the shower mixer bar off, and put it in a well lagged draw.

I was ready to leave well before 9am, and was home by mid-morning.
Posted by Adam at 14:45 1 comment:

Another fairly early start this morning, with a two and a half hour drive up to Cheshire for a boat test.  The location was Aqueduct Marina at Church Minshull on the Middlewich Arm.  It's a lovely marina, with a very nice (and very popular) cafe.  It was also fantastic weather wise, with clear blue skies; in the sunshine, it was a,so reasonably warm.

The test took quite a long time, because the nearest winding hole was a good hour away.  Still, Andy managed to get most of the internal shots done, in addition to the externals, as we went along; similarly, I steered three-quarters of the way, then the owner took over while I went inside to make notes about the interior.  Interestingly, the boat's index number was noted by CRT staff twice in the space of the few miles we travelled -- once by a man equipped with a handheld computer, and half an hour later by aman with a note book

We've never managed to go along the Middlewich Arm on any of our trips, on spite of trying a couple of times.  The few miles done today were very pretty; some of the route was on an embankment with fantastic views across Cheshire.  We really must return to this area to do the whole arm.  Unfortunately I took only one photo, and that was only on the phone, just as we returned to the marina.  It does at least show what a nice day it was. 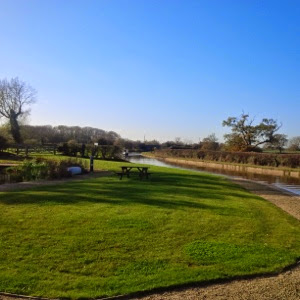 The journey back south was trouble free, and I arrived at Briar Rose just as it was getting dark.  I'd been away for a few minutes short of ten hours, so was delighted to see the ecofan on top of the stove still turning (albeit slowly).  It didn't take much effort at all to get the fire going well again.

Tomorrow it's back home.
Posted by Adam at 18:25 No comments:

A lovely morning this morning: sunshine was burning off the mist that swirled over the water of the marina. 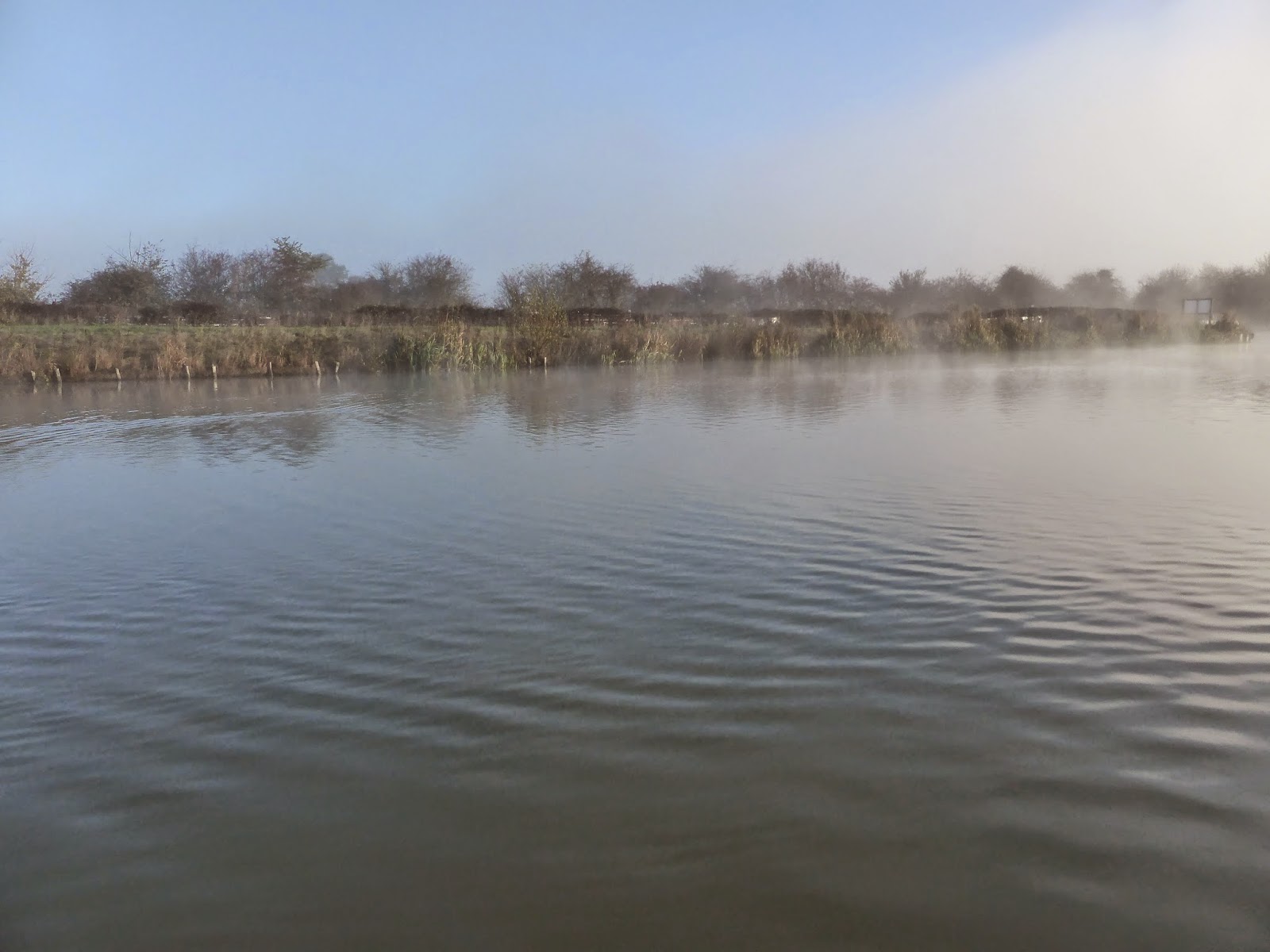 I had a day off, but wanted to get a few things done.  So after breakfast I got in the car and drove to Hillmorton to visit the canal shop.  I wanted to have a proper look at composting toilets, and ask a few more detailed questions of the shop owner, Richard, who seems to be the UK expert.  While I was there, I had a look round the chandlery, which is far bigger than I imagined -- certainly far bigger than it looks from the canal.

Next stop was Braunston.  I parked in the village and walked across the field to the bottom lock, where the shop has the full set of bridge plaques in stock.  I bought the one I wanted, and went for a walk. 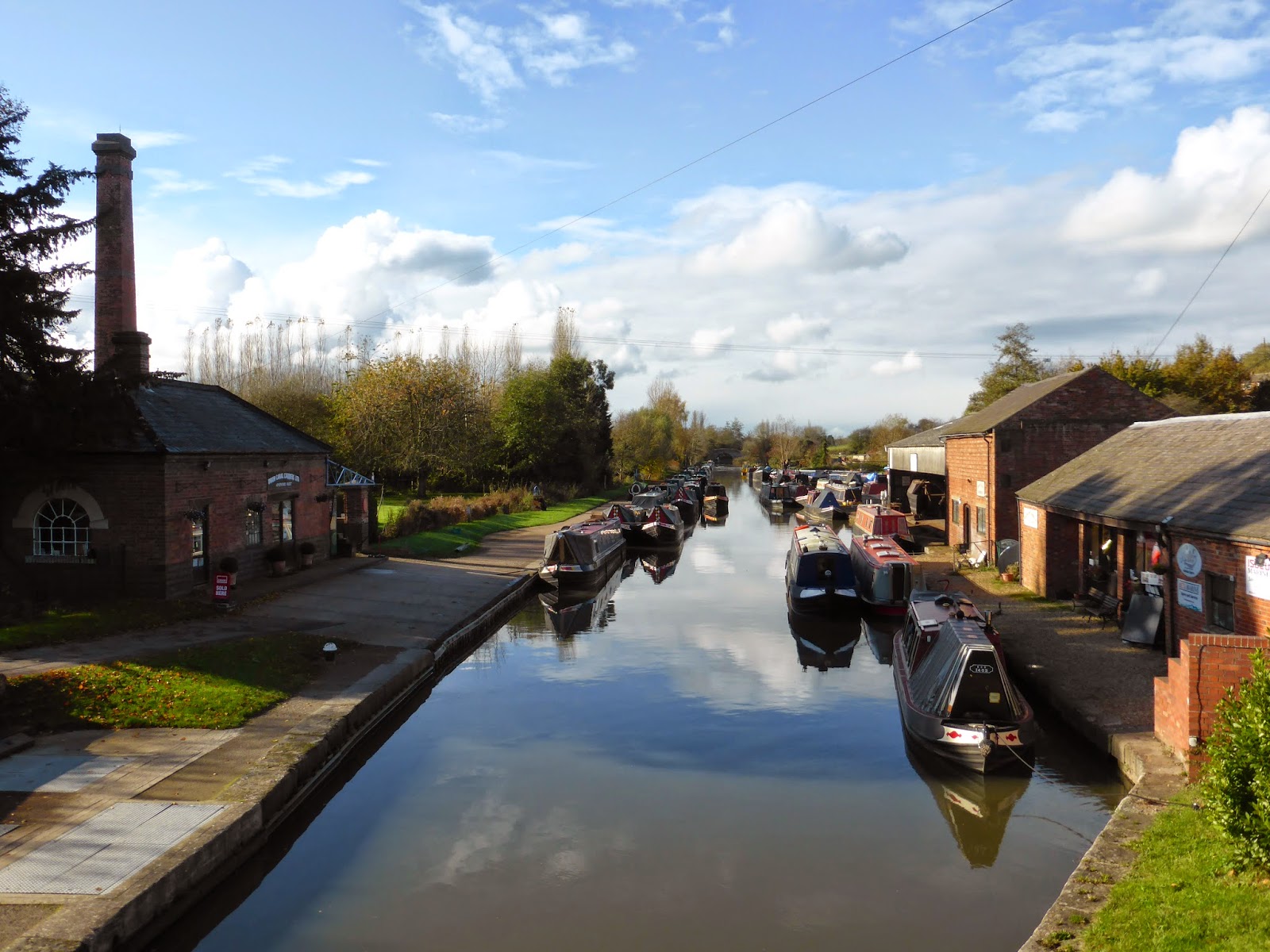 Outside the chandlery below the bottom lock I spotted Henry H moored up -- Greygal's boat which was the subject of a boat test published earlier this year.  Since then it's had a very nice paint job, and looks fantastic. 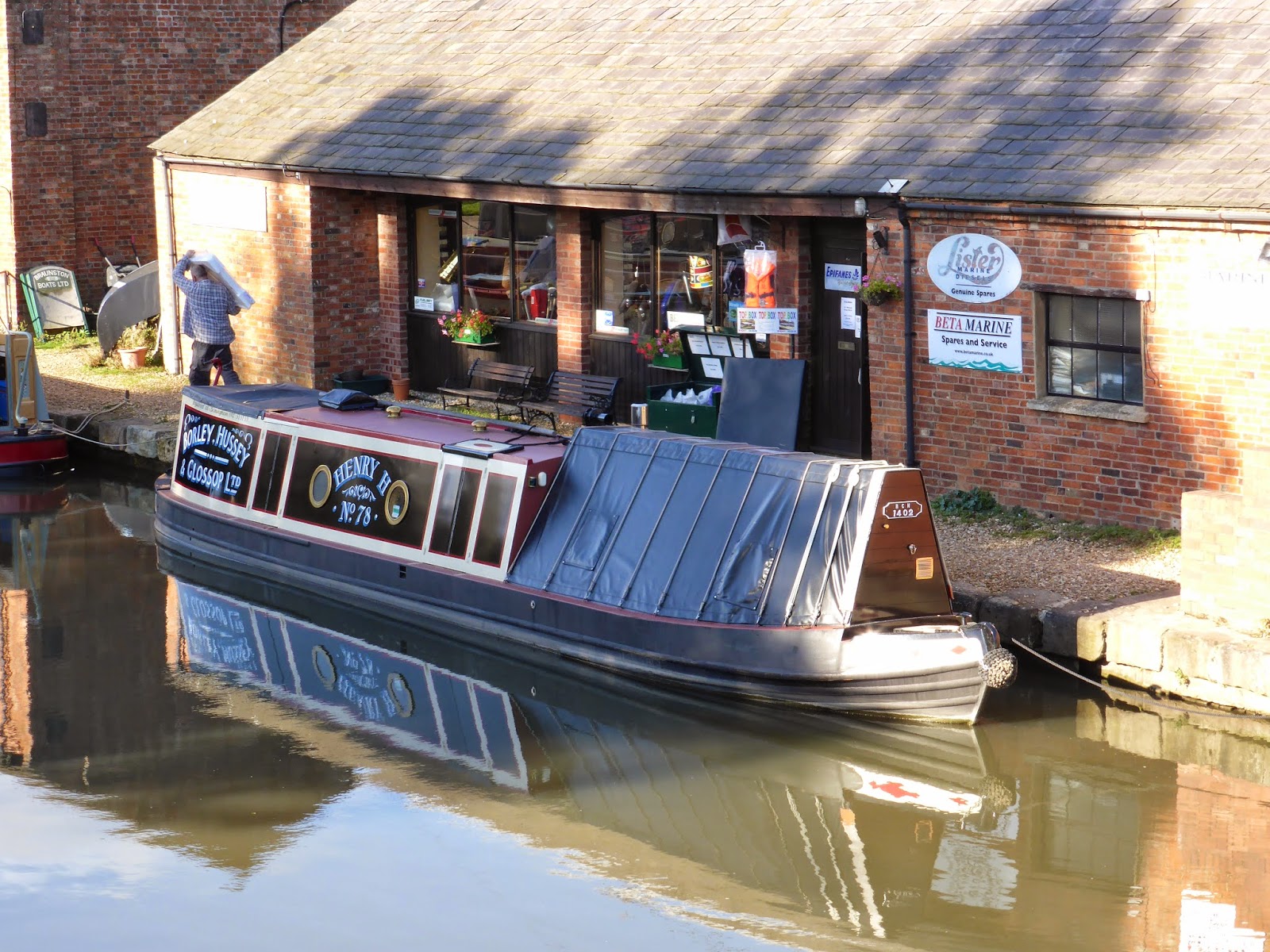 I walked down to the junction, and was surprised how few boats were around.  I don't think I've ever seen Braunston so quiet.  Two boats moored above Butcher's Bridge were getting ready to go, and there were none at all between the bridge and the marina entrance. 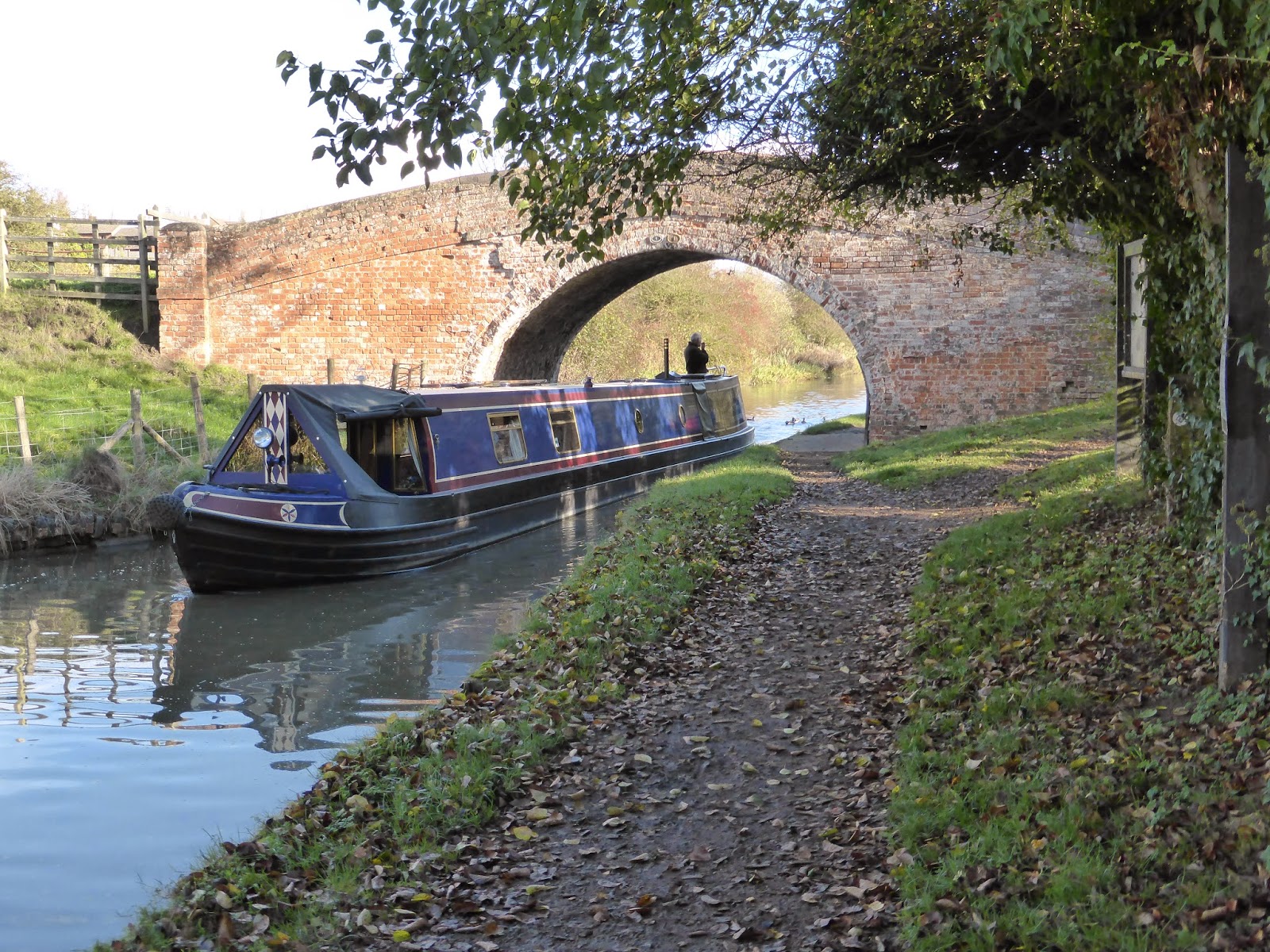 At the junction I walked over the bridge, along the shared Oxford/GU to the first bridge, and back towards the village. 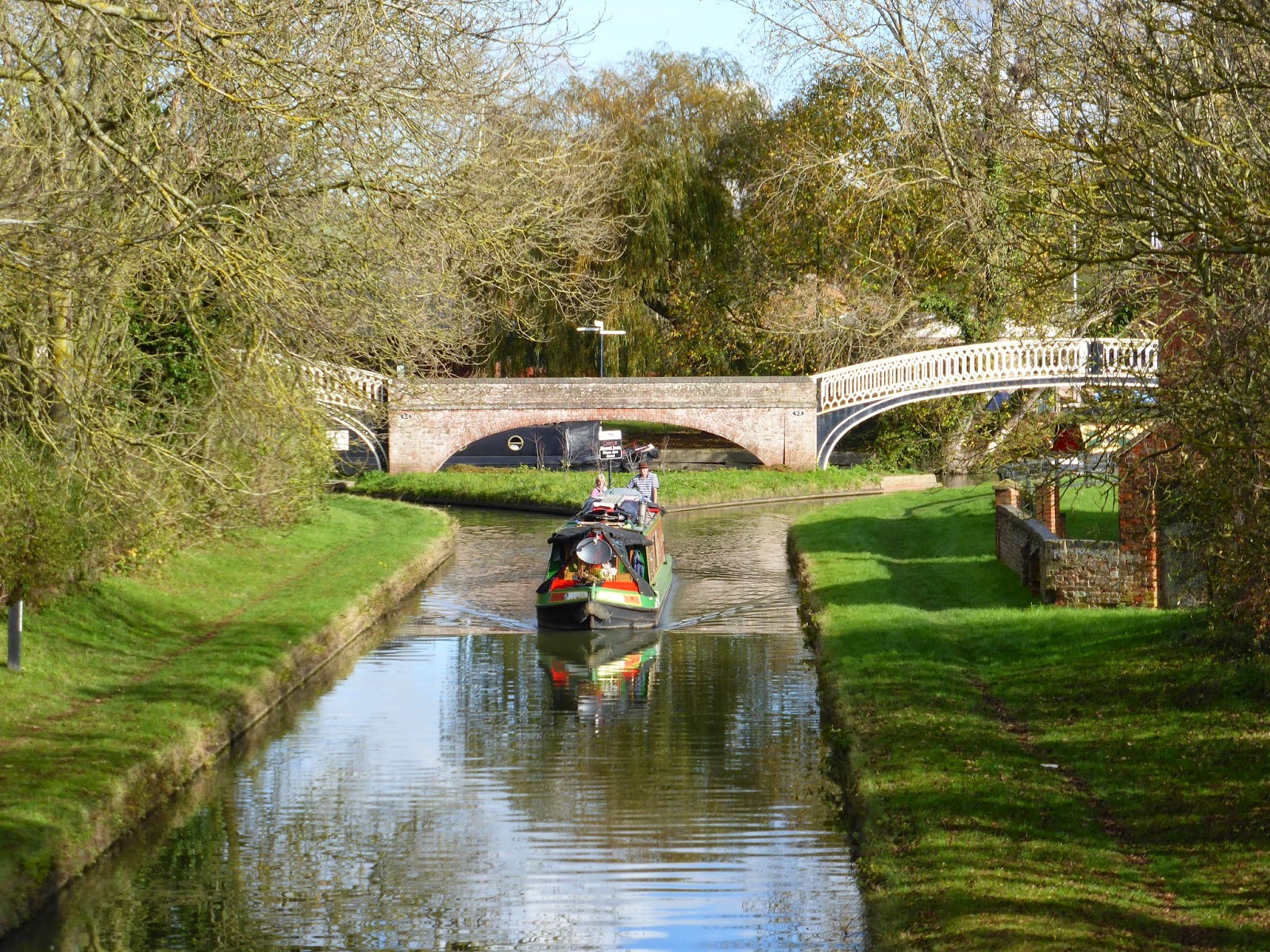 The Gongoozler's Rest was busy as it was just about lunchtime.  I had a bacon roll before walking back up to the car.

Heading back I made a couple of shopping stops in Towcester, making sure we're well supplied with fuel fr the stove, and everyday items in the cupboards.  Back at the marina I unloaded everything and then did a few little jobs.  One was the add the Lee and Stort plaque to the collection at the stern. 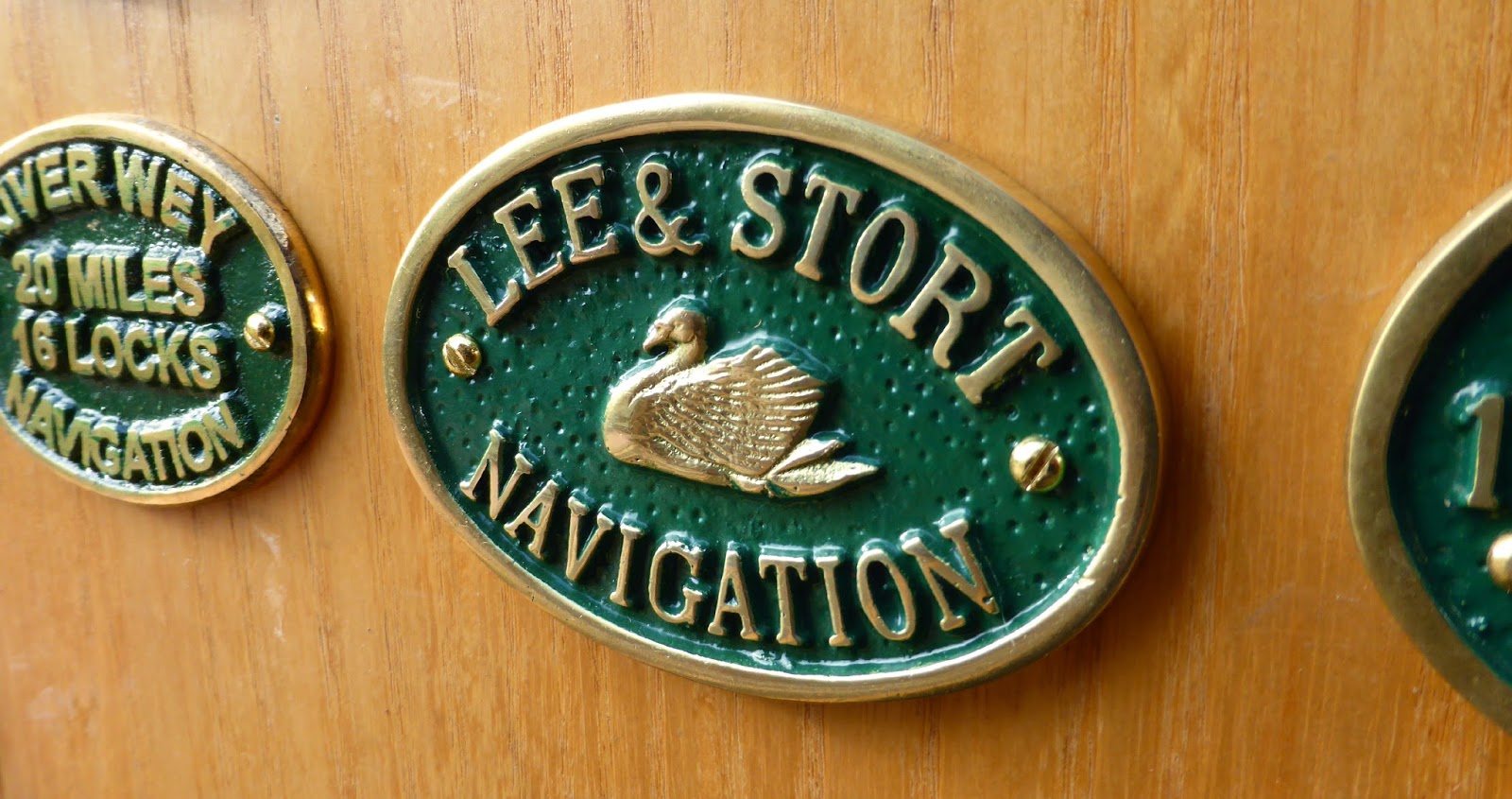 Next I wanted to fix a problem with some of our wall lights.  The little rocker switches have begun to fail on the most used lights.  The ones at the dinette are temperamental, while two of the four in the saloon have stopped working altogether.  The ones in the cabin had had these switches replaced with press button ones before we bought the boat, so that seemed to be the way to go.  I'd been pleased to find suitable switches at the Hillmorton canal shop, priced at 87p.  Changing them wasn't difficult, just a bit fiddly; a third hand would have been useful to hold things together.  Still, the important thing is that all lights now switch on and off without a fuss. 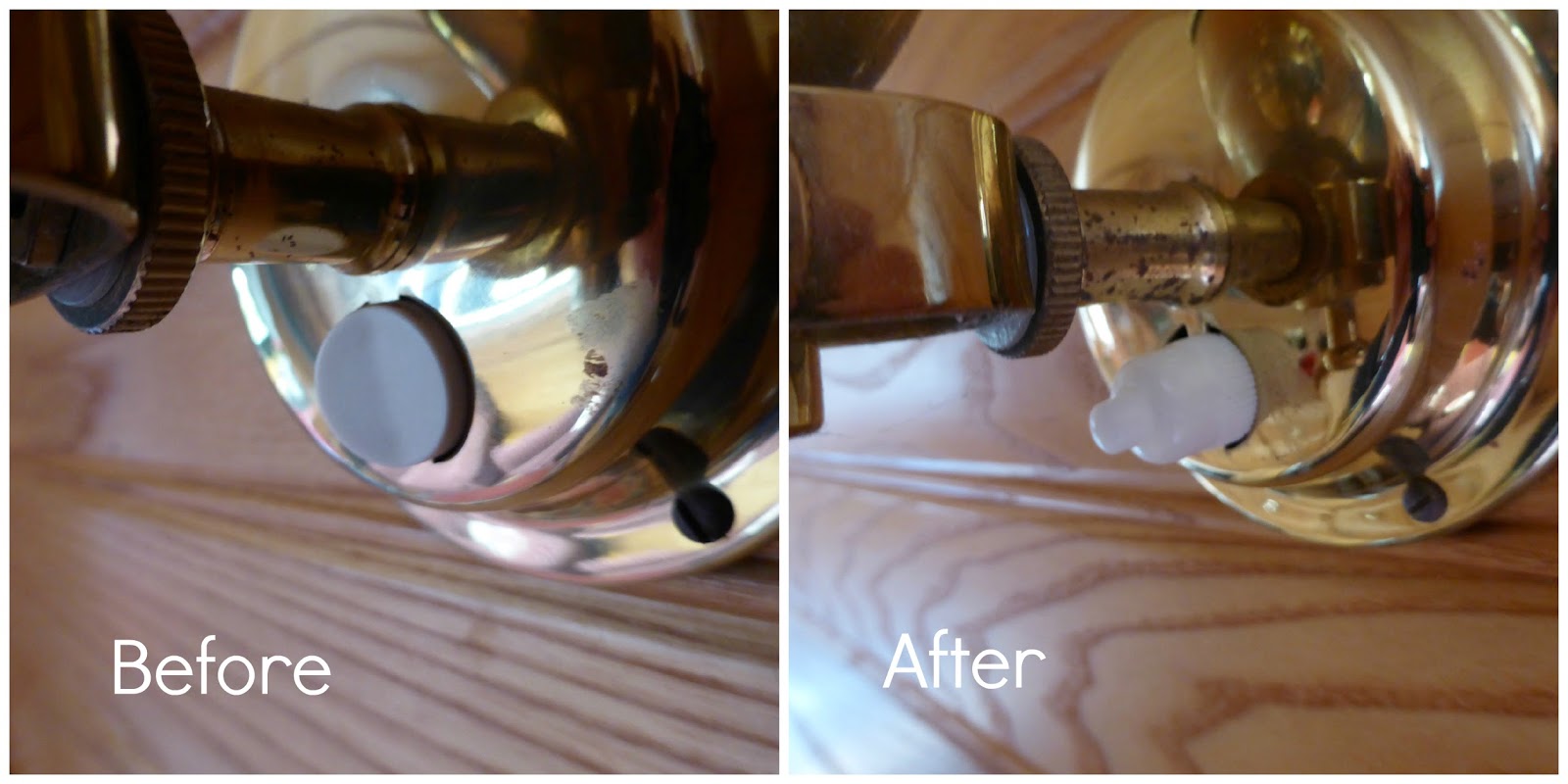 Tomorrow will be another early start, as another trip to Cheshire is in the diary.
Posted by Adam at 17:30 1 comment:

An early morning departure this morning to get the 0558 train from Wolverton to London for work.  Returning tonight was also in the dark, and the boat was pretty chilly.  At least it was easy to get the fire going again.  This little post is really just to log another night on board at the marina.
Posted by Adam at 21:44 No comments:

We lit the fire last night, and again this morning, as it was a bit chilly.  It was our first use of the ecofan since it was serviced in the summer.  It now not only starts turning much more easily, it's also silent rather than ticking like it used to. 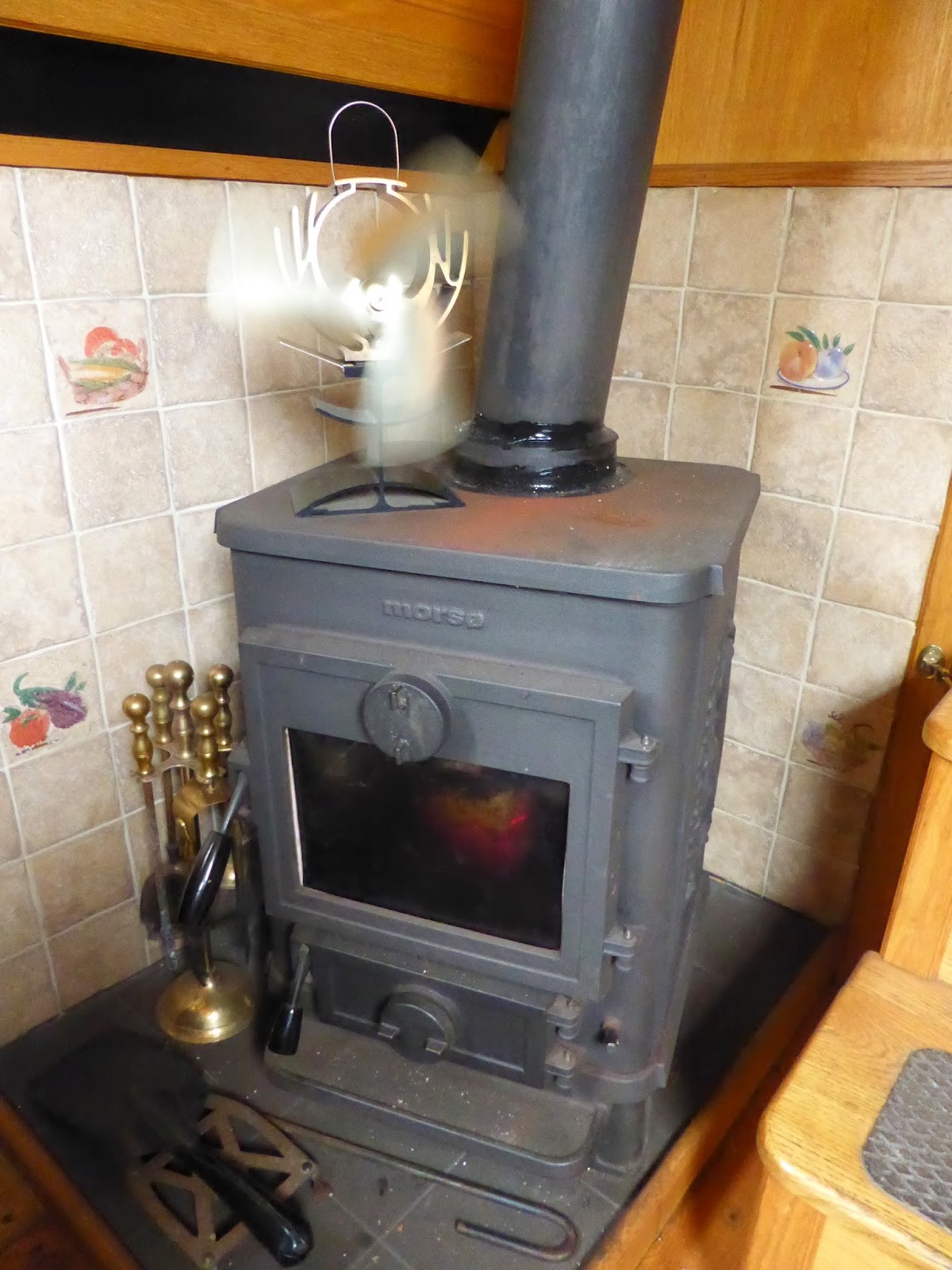 It rained in the night and on and off through the morning.  After breakfast, both Adrian and I did some work.  Then around 9.30 our visitors arrived: my second-cousin Catherine, Nigel, Grace, and Matthew.  They've just had a week on their shared boat, but always seem to be up for a bit more boating.  A little later, the boat moored behind us set off towards the lock, so we said we'd go down with them.  The lady seemed particularly pleased with having plenty of extra lock workers.  Unfortunately we did all get rather wet, though.  At times the rain was really heavy. 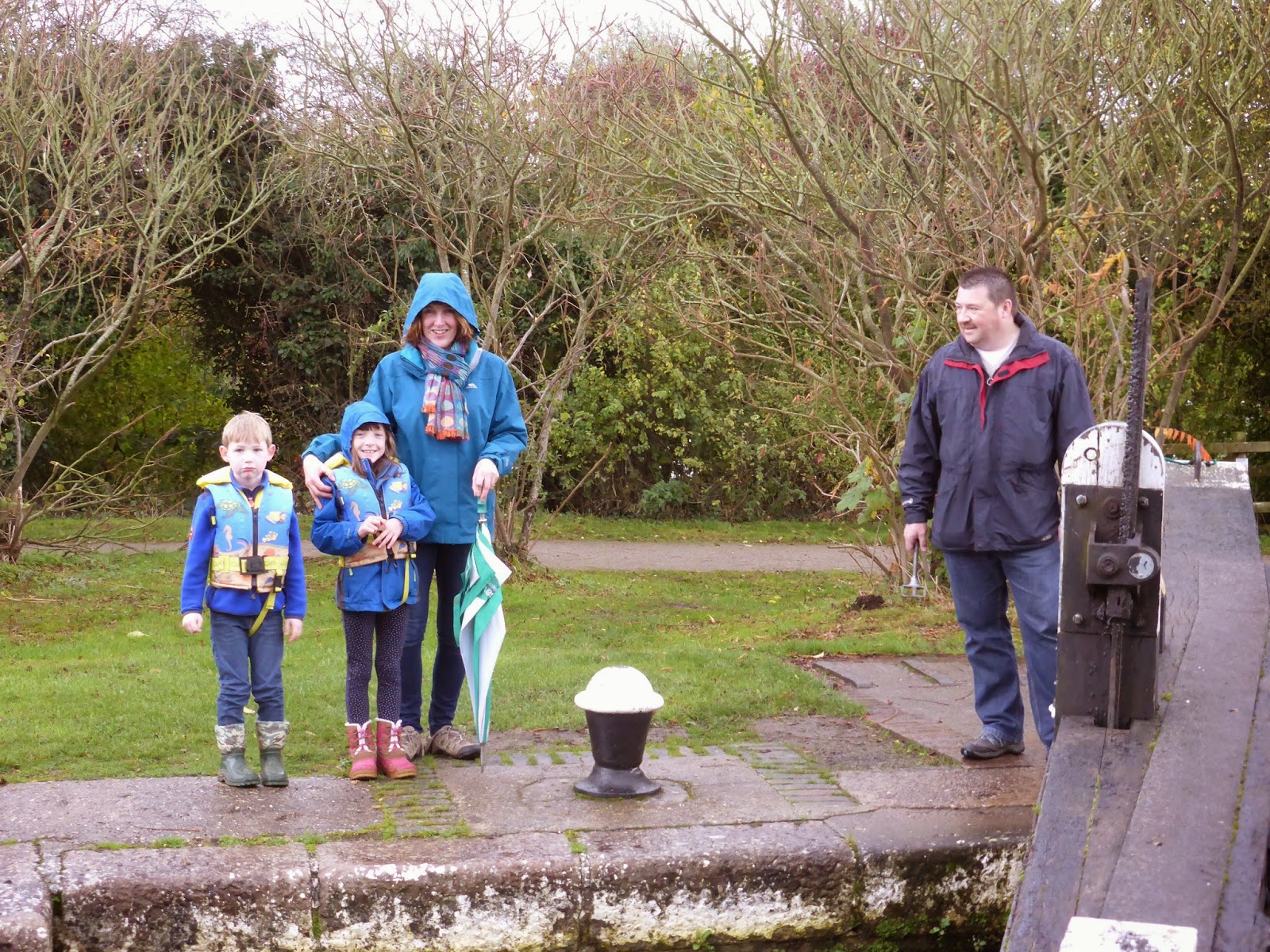 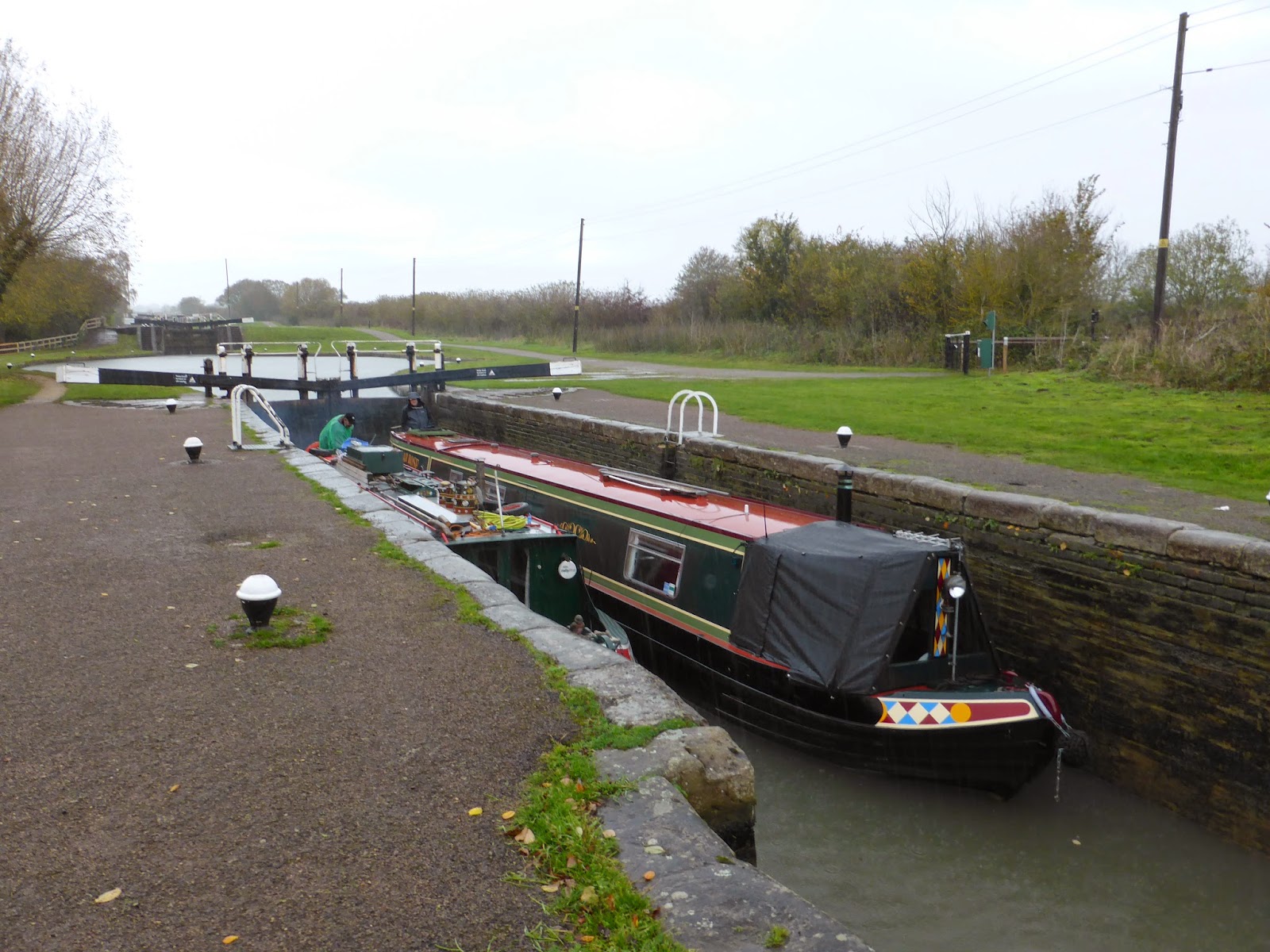 Our good run down lasted only two locks, because at the third one we caught up with a boat going down in front; we were able to send someone ahead each time to give them a hand, though.  At the penultimate lock, we encountered a problem which happens from time to time on this flight because of the lack of proper by-washes: there was too much water in the pound, and the filling lock just wouldn't make a level.  Nigel had everything under control, though, and ran some water down through the lock to reduce the pound a bit.  He then had to go down and do the same at the bottom lock.

Once the seven locks were complete, we moored on the completely empty moorings for cups of tea and chocolate chip shortbread biscuits made by our visitors.  We said our goodbyes after an hour or so, and while Catherine and co headed home, we set off back to the marina.  While I steered, Adrian got a chicken and potatoes in the oven to roast.  As we travelled, the skies began to clear, and while there were still some threatening looking clouds up ahead, behind us it was a different story. 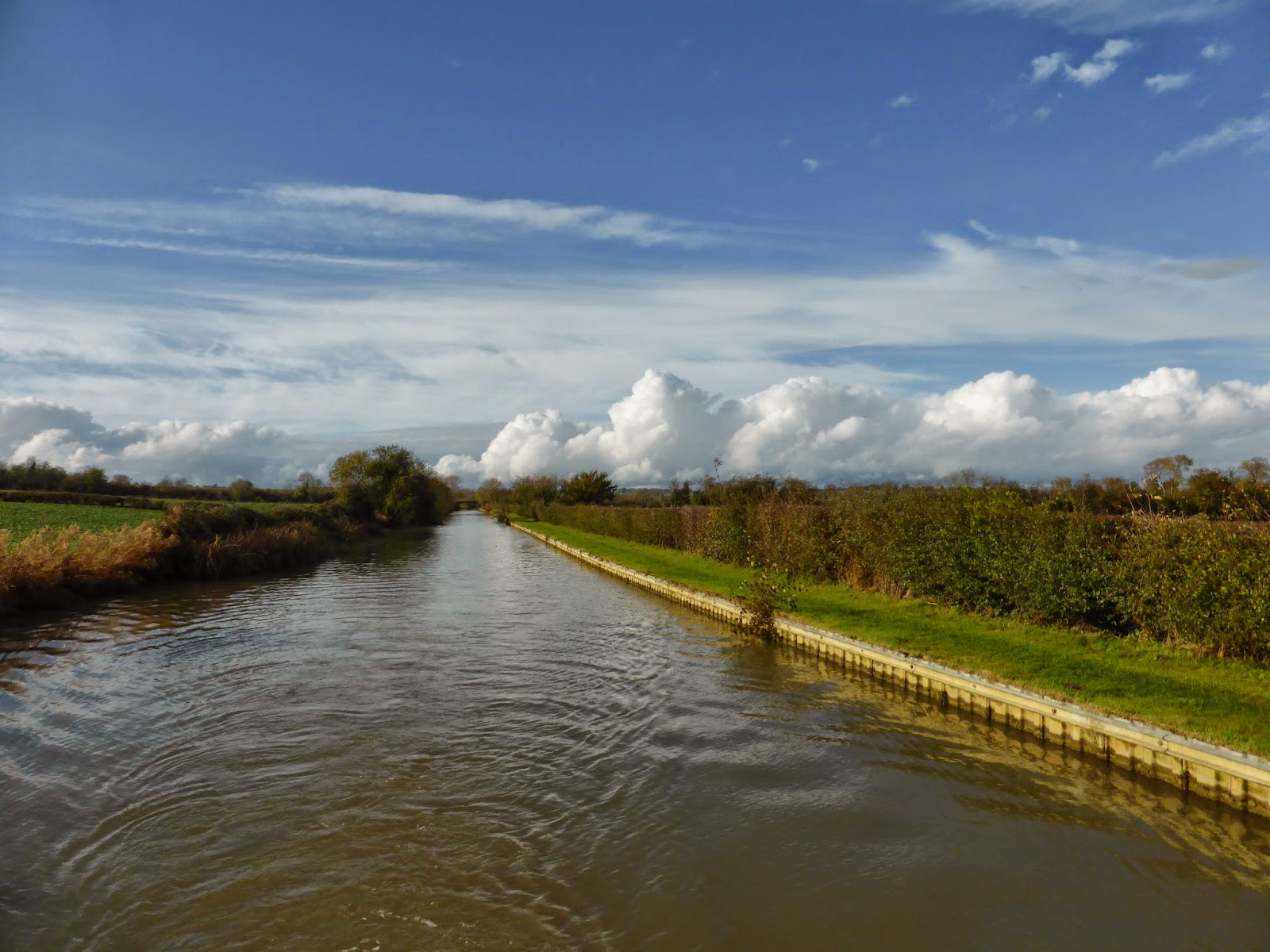 In spite of the sunshine there was a stiff breeze.  It made the turn into the marina more difficult than it sometimes is, but actually helped with the spin and reverse into our berth.  The wind was straight down the pontoons, and helped blow the bow into the right direction.  Even though I do say so myself, it was probably one of my best entries into our space.

By the time we were secure, the roast was ready.  After eating, Adrian headed home; I'm staying for a few more days as I have another boat test planned for midweek.  It's been a very short trip on very familiar waters, but a welcome escape all the same.

It rained in the night, but by the time we were up and about, the sky was clearing.  We made porridge for breakfast, and put some water in the tank, before setting off at just after 9am.  It was gloriously sunny, with a lovely blue sky. 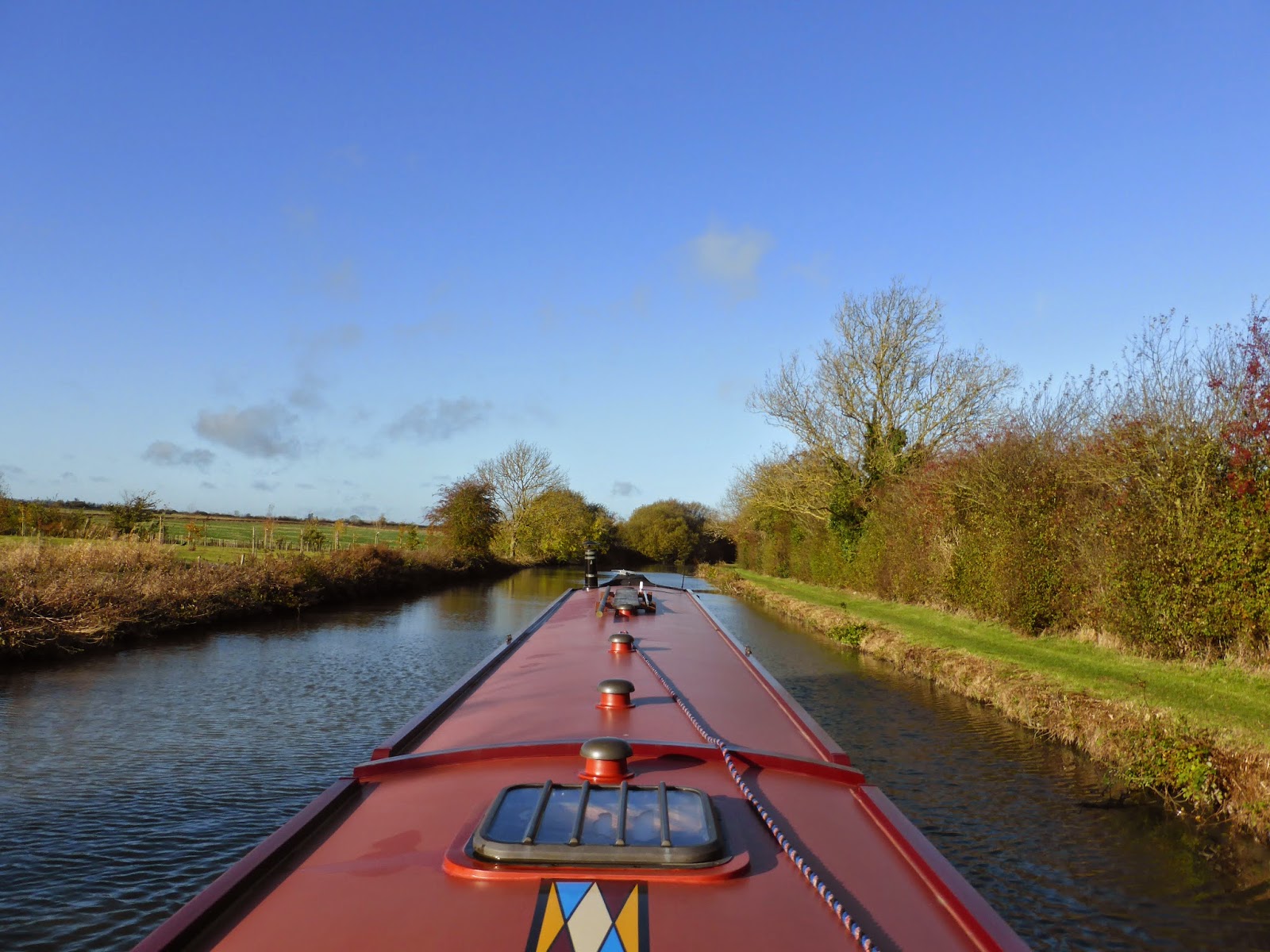 We didn't pass another moving boat all the way to the bottom lock at Stoke Bruerne.  It was so sunny, though, that the owners of one moored boat were sitting outside in their deckchairs!
At the bottom lock, we could see a boat coming down.  It turned out to be Lizzie and Chris on the Braidbar boat, Shimshams.  They're making the most of the lack of winter stoppages on the Grand Union by going to London.  It was nice to see them, if only briefly; the last time was at the Braidbar weekend last year, and then a couple of weeks later as we crossed on the Audlem flight. 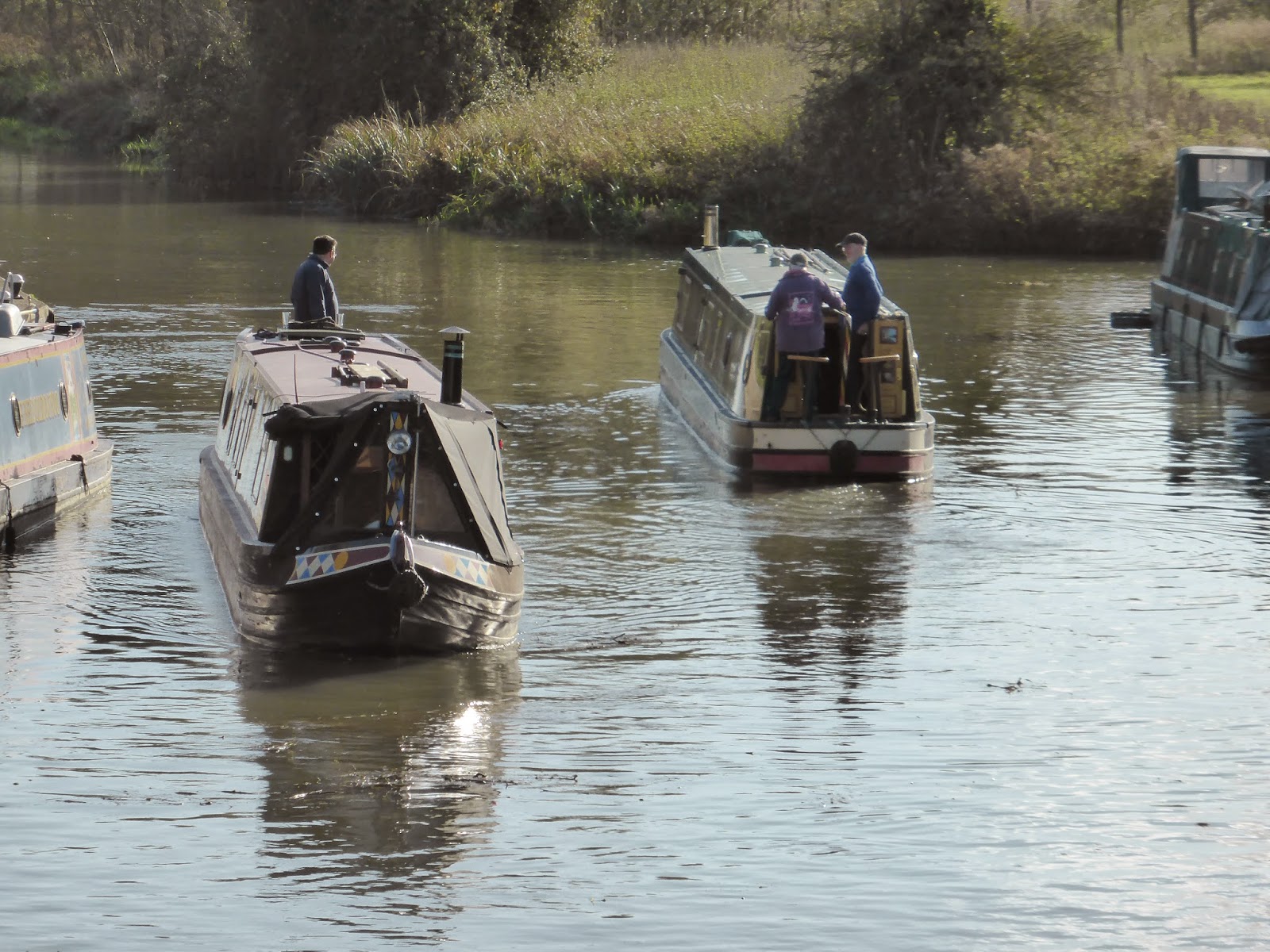 We made good progress up the locks, passing a couple of boats coming down.  Everything looked very pretty in the sunshine. 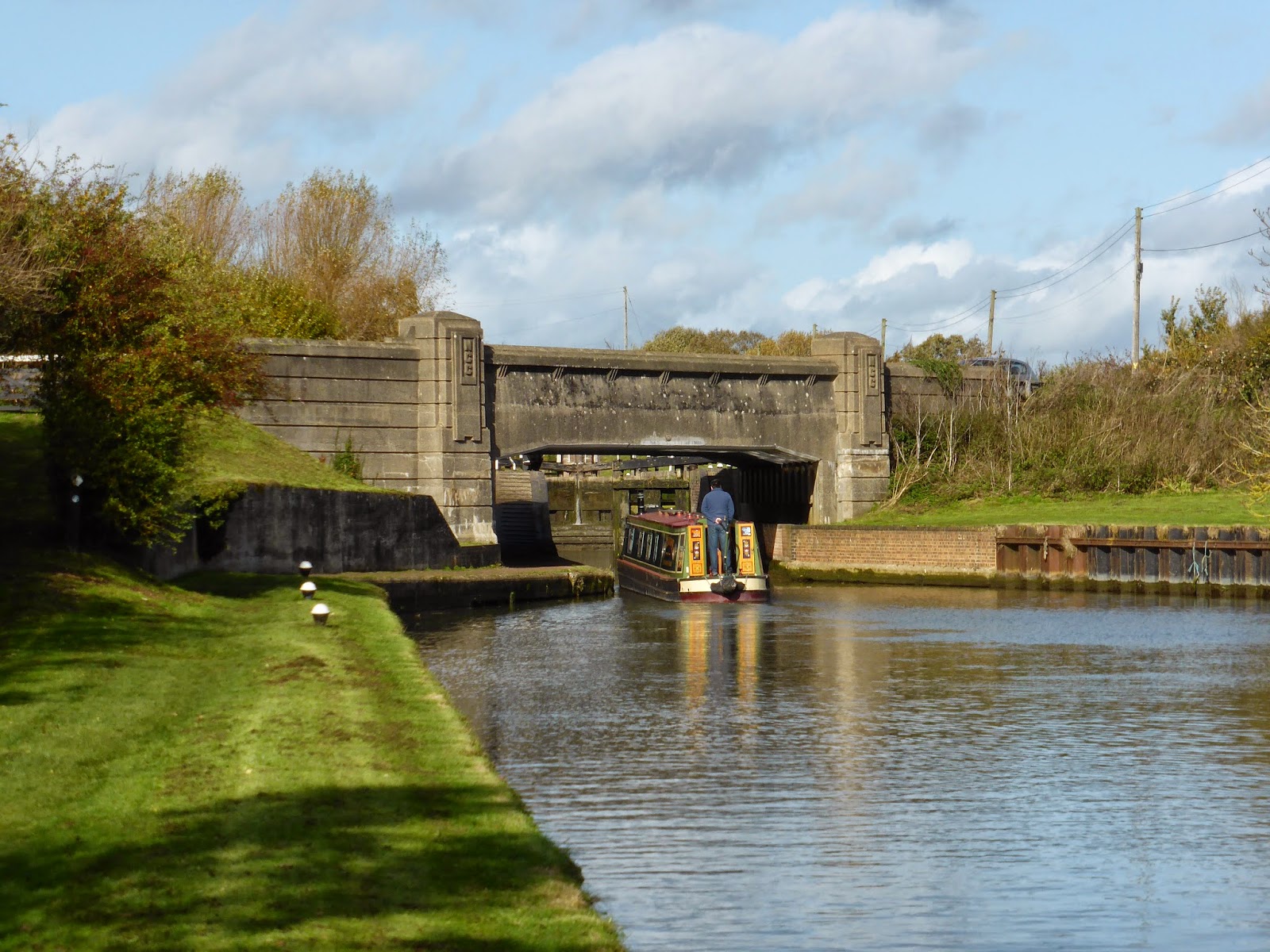 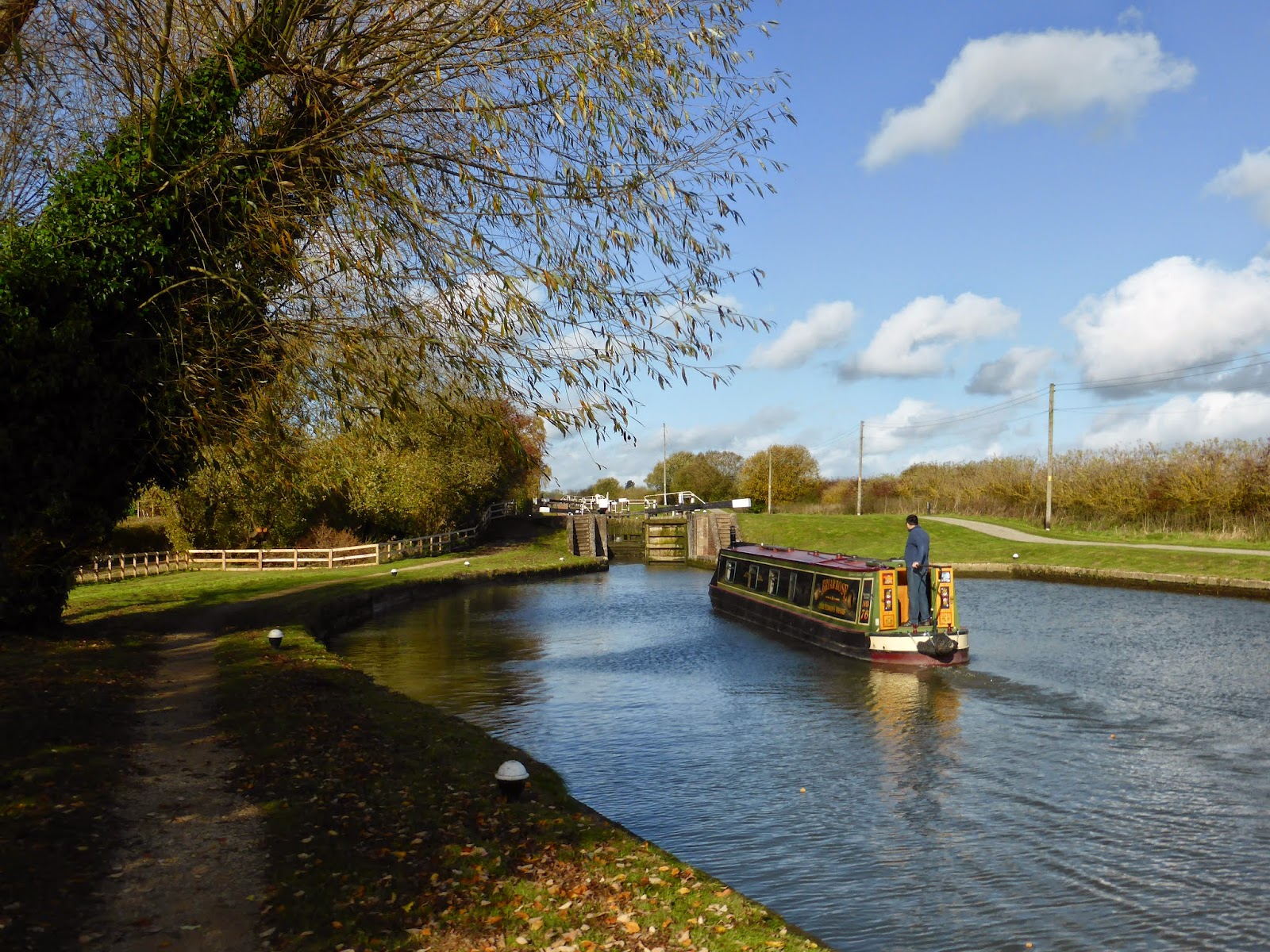 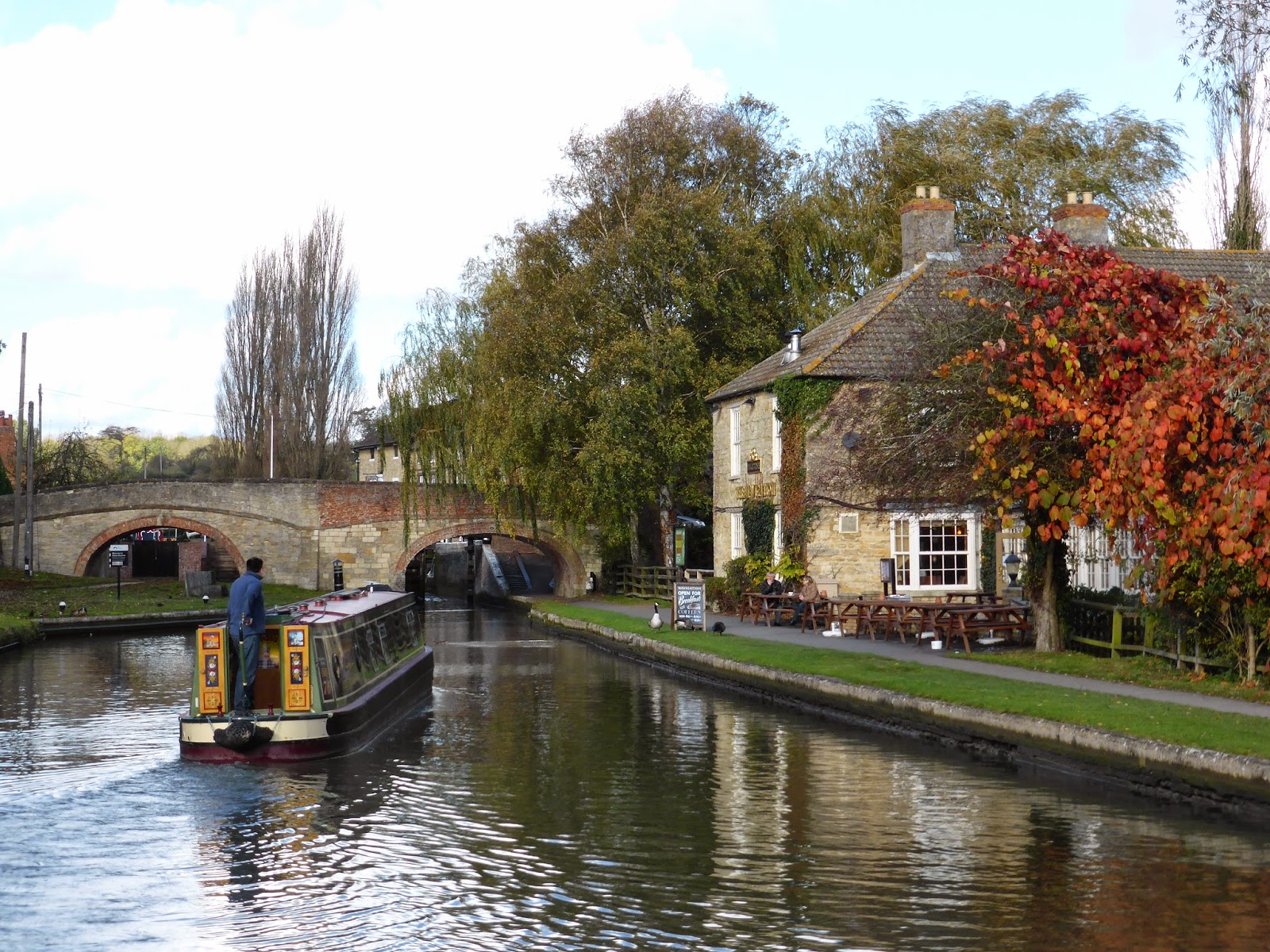 At the top lock, there are some tiny mushrooms growing in a crack in the balance beam. 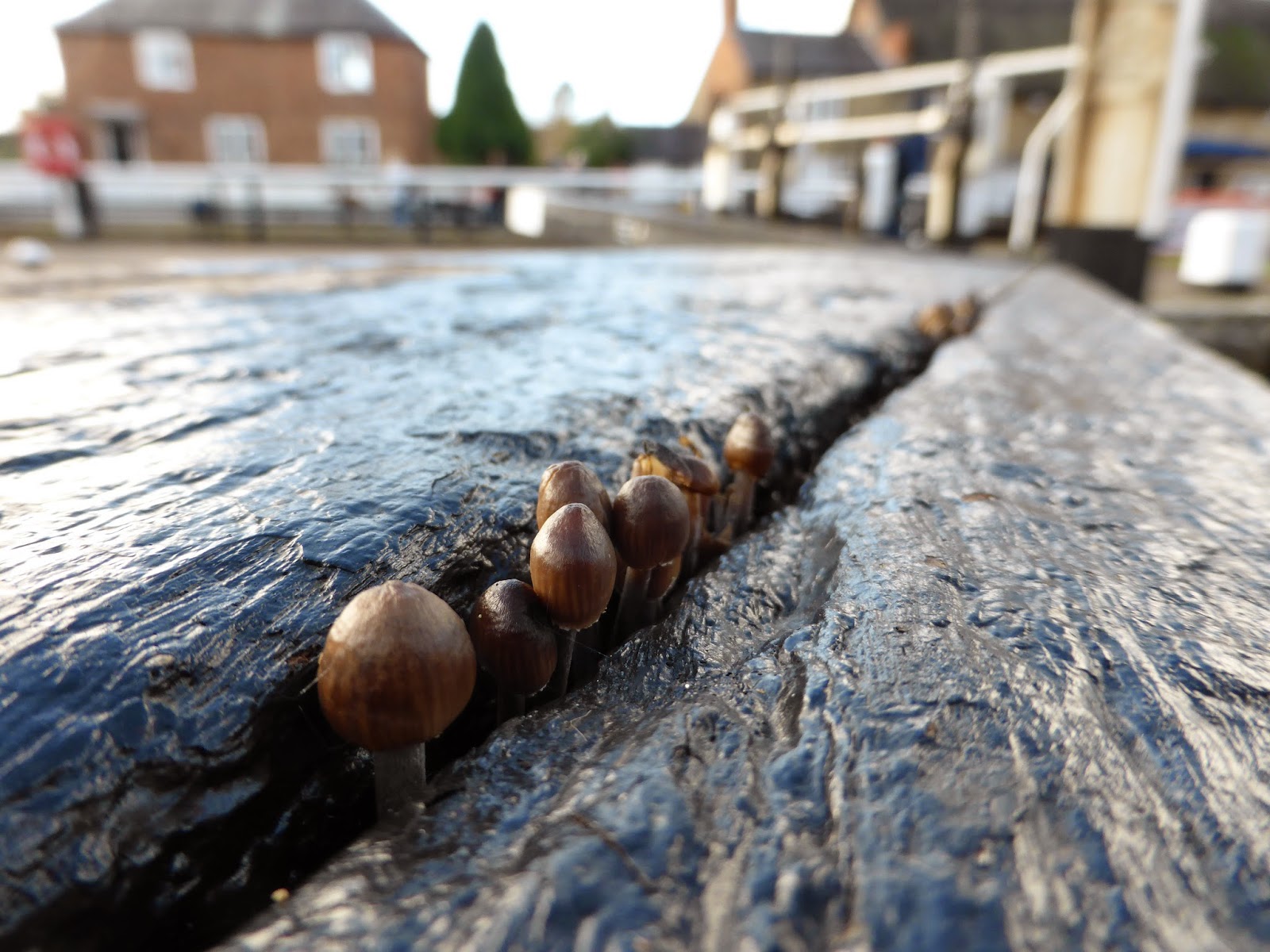 A boat was approaching the top lock as we came up, so it was another one where we could leave the gates open.  We went along to the winding hole just before the tunnel and Adrian made a very efficient turn.  We re-traced our steps for a few hundred yards and moored up in a nice sunny spot.
After lunch, we did a bit of cleaning inside the boat and I started a chili for tonight.  Later, we went to visit Kathryn who lives by the top lock, taking with up some Halloween cup cakes bought from the museum cafe.  We had a good hour or so, catching up over tea.