A visit to Dunhampstead today for a boat test.  In an effort to get some different photos, we reversed up to the mouth of the tunnel (rather confusing a boat which came through!). 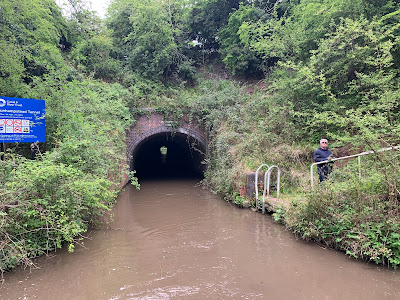 When we were done, I drove the short distance to Droitwich, where Helen and Andy from the Jam Butty had not long arrived at Vines Park for this weekend’s St Richard’s Festival. 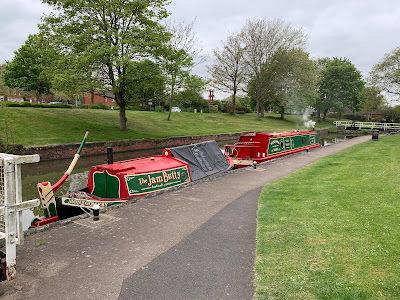 They kindly provided lunch, and we had a good catch up.  If you’re in the area over the weekend, go and buy some jam or chutney.

This time last year, we were out on the boat for our ten year ownership anniversary -- stuck in Aylesbury because the canal was closed due to the murder of the CRT worker, Clive Porter.  In the intervening year, we both gave evidence at the trial of his killer, who was then locked up for at least 35 years.

On the water, we've had a year which is at the bottom end of the scale in terms of miles, locks, and nights on board.

We have travelled on a long list of  waterways this year, thanks to our autumn trip taking in parts of the BCN backwaters: 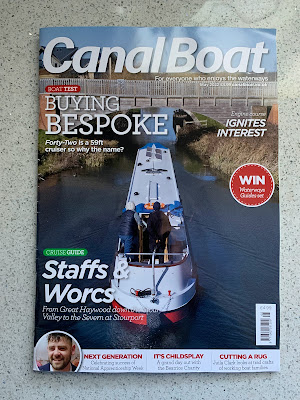 The May Canal Boat is out, and includes my boat test on Forty-two by Stoke Boats.