I was in London today but not at work, so I arranged to see the crew of Autumn Myst, moored in Paddington Basin.

On the way, I had a look at the new bridge, which is now in place.  I hadn't realised the new bridge was nearer the end of the arm than the old one. 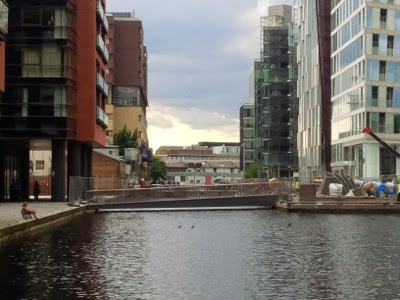 It's made of fingers which each have a weight on the end, and it opens like a fan. 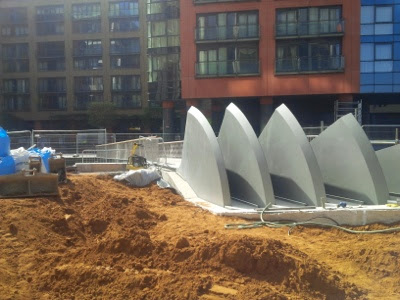 I found Bob on the towpath chatting to some of the neighbours, but June had had to go home with Jimmy the dog.  Later we were joined by Graham from Autumn Years; Carolann had also taken the opportunity to pop home.  I ended up staying much longer than I'd expected.  Bob made a lovely salad lunch, and the conversation flowed.  All in all, a very nice day.
Posted by Adam at 18:41 No comments: 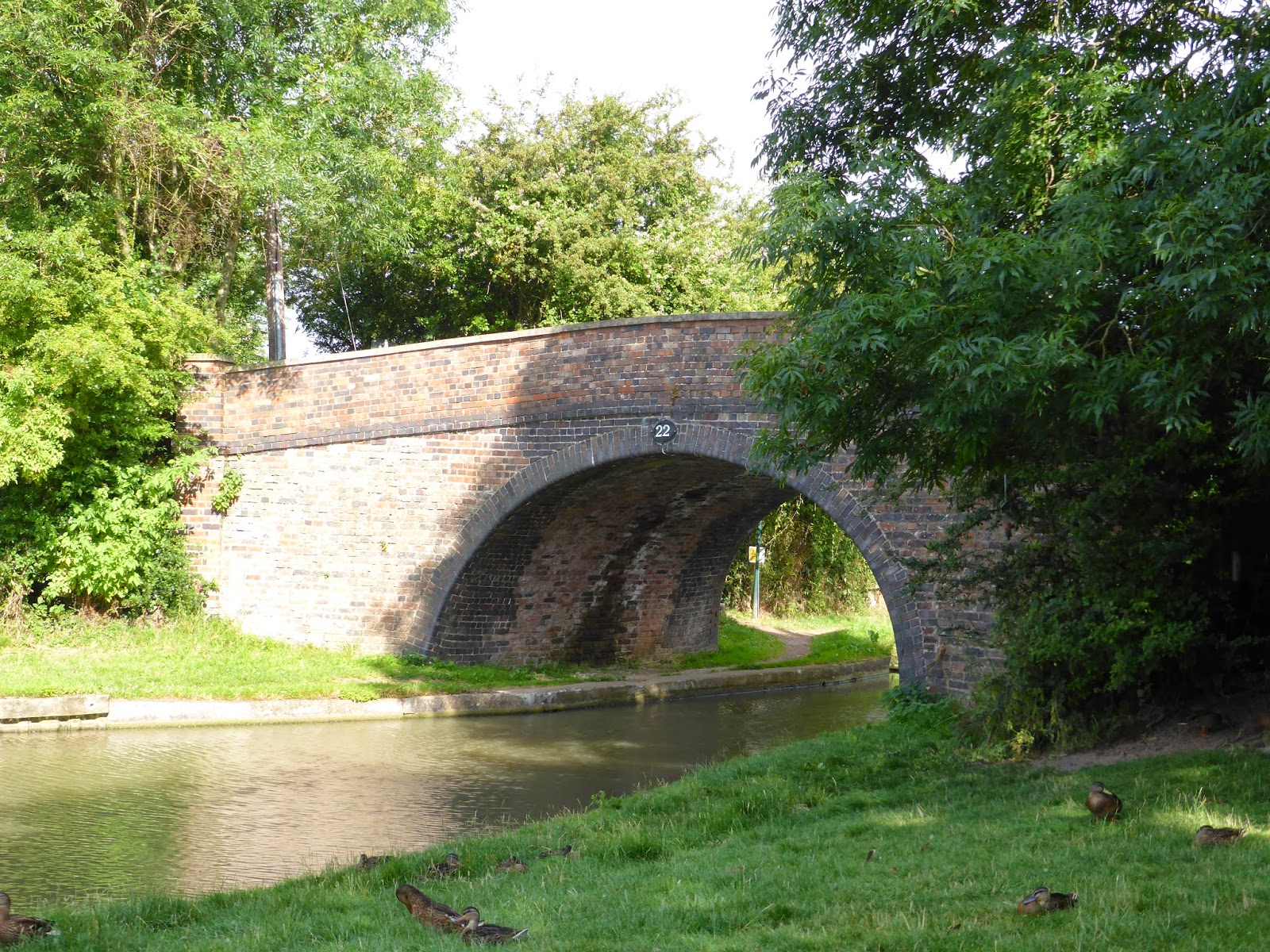 It took an hour this morning to drive from our marina, up the M1 and the A5 to Hinckley, then to just outside the town, to Bridge 22 on the Ashby Canal, where we were meeting the owners of the boat we were testing.  There are decent moorings here, and good car parking too, plus a winding hole just beyond the bridge.  The sun was out, then in, then out again.
Posted by Adam at 15:58 No comments:

I came up to the boat this afternoon, as I have a boat test first thing tomorrow morning.  It was a lovely warm sunny day, and the marina was absolutely alive with swallows darting about and swooping over the water.  They're also quite keen on perching on the boats, and seem to have a knack of sitting on the handrails and making a mess down the side of the boat!  I got a cloth and cleaned off the worst from the pontoon side of the boat. 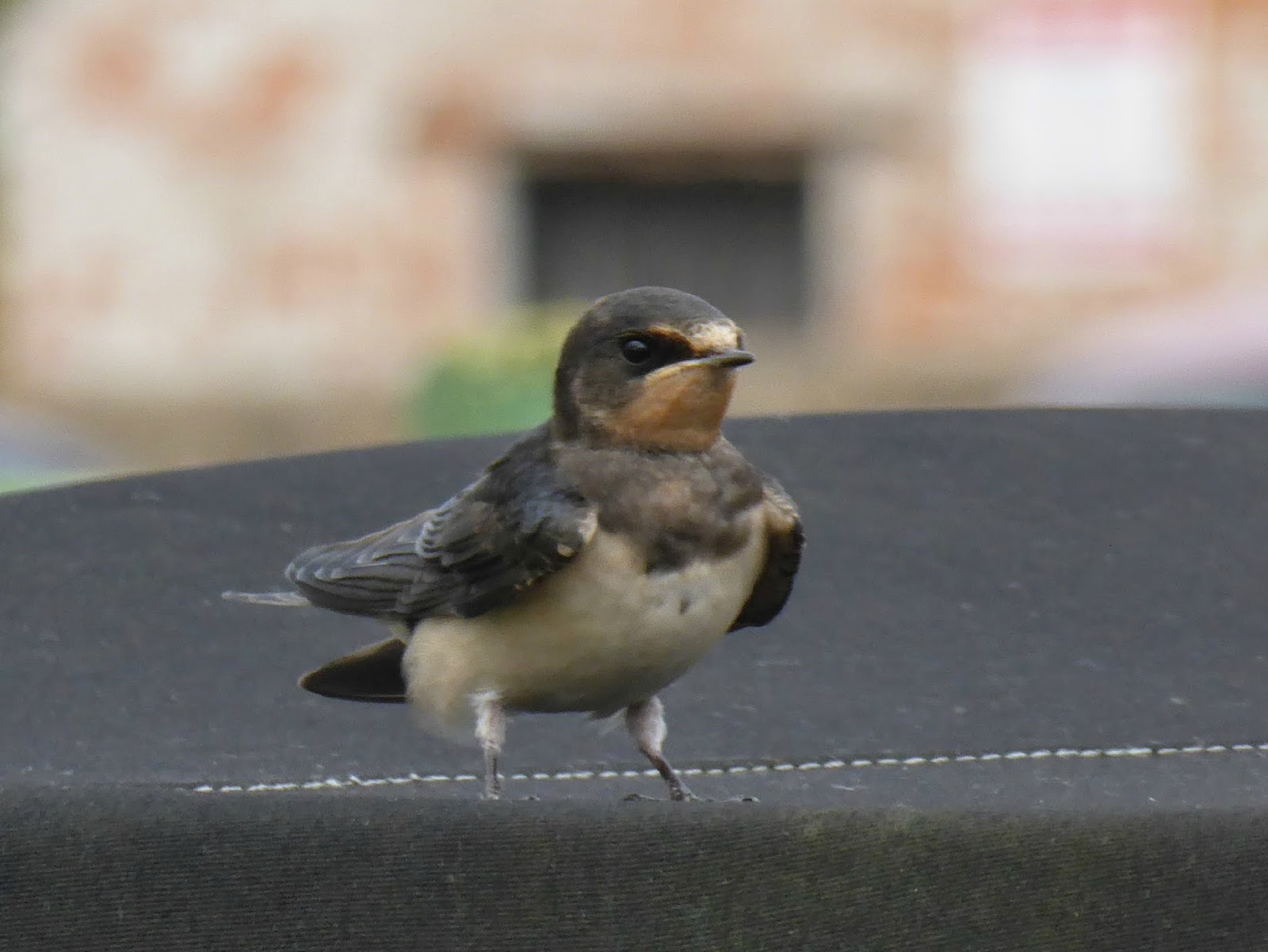 After a bite to eat, I walked down the towpath to Cosgrove, because I'd ascertained that Carol and George on Still Rockin' were still moored there. 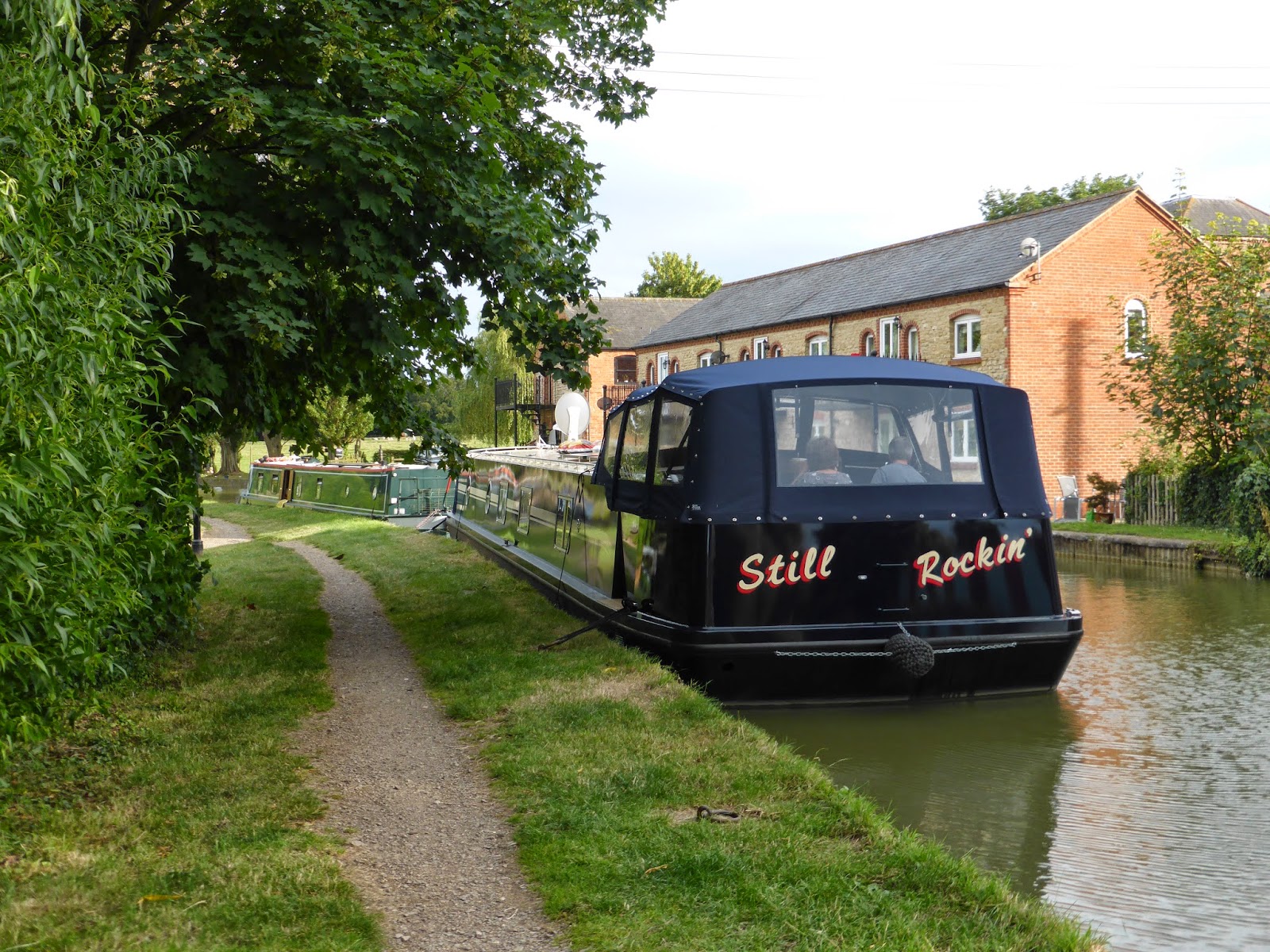 It was great to see them and have a look at their vast new boat.  It really is very wide!  Sitting in the saloon, you could almost forget you were on a boat, there's so much room.  But perhaps the best thing was to see how excited they were about this new adventure.  Molly the dog was also great fun, doing a tug of war, and chasing balls around.
Posted by Adam at 21:50 2 comments:

Last week I cut down a cardboard box to about the right size, found some padding material, and posted our Ecofan off to Calfire for some checks.  This past winter it's taken longer and longer to start spinning, and less and less time to stop again.  The deal is that they take a look, email back with information on what's wrong and a price, and then you decide whether you want them to fix it or not.

I think it was Thursday that I got it in the post, second class, for just under a fiver.  On Monday, while I was sleeping between night shifts, an email arrived saying there was something wrong with the motor, and it would cost just over £23 to fix, including return postage.  Yesterday, I phoned and paid.

And today, the fan arrived back, in much more professional packing than I'd managed. 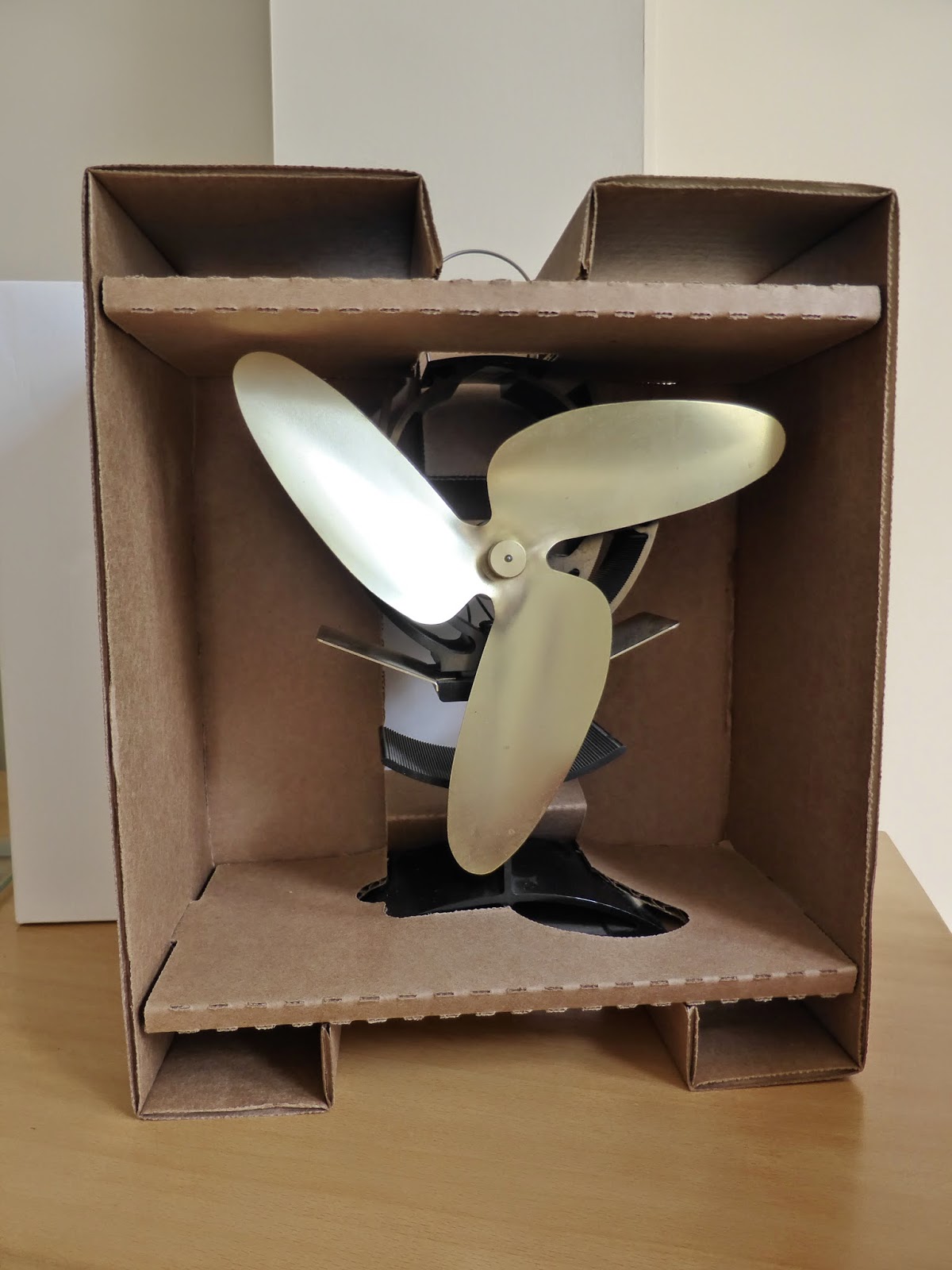 Apparently it's been tested and works -- starting to spin in 1'45", and spinning well in 4'.  I'm hoping it'll be several months before we get the opportunity to test it ourselves.  Assuming it really is fixed, that's what I call good service.
Posted by Adam at 15:06 3 comments:

Shackleton on test, and 22 other boats 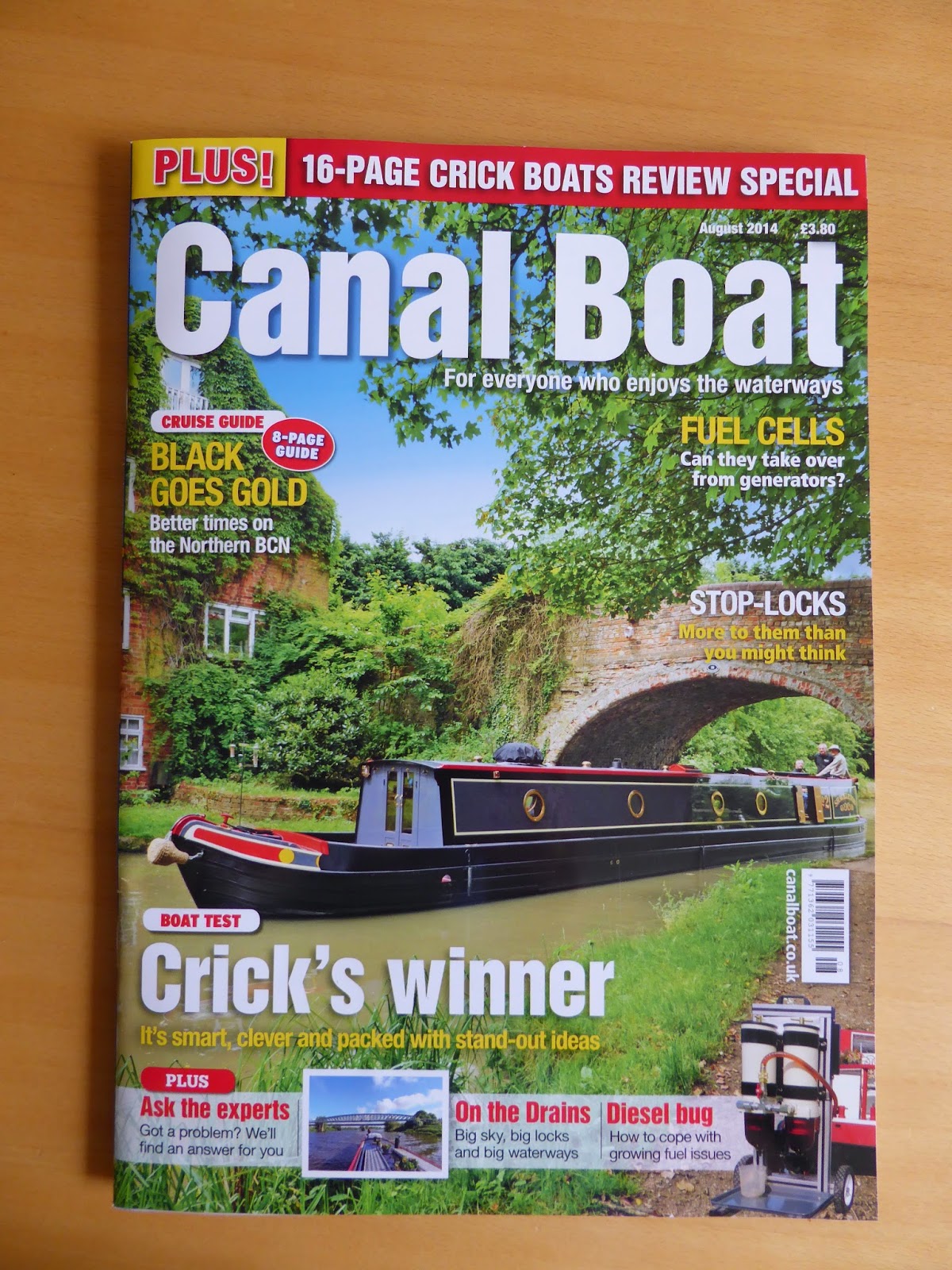 The August edition of Canal Boat is out, and includes my review of the Crick winner, Shackleton. 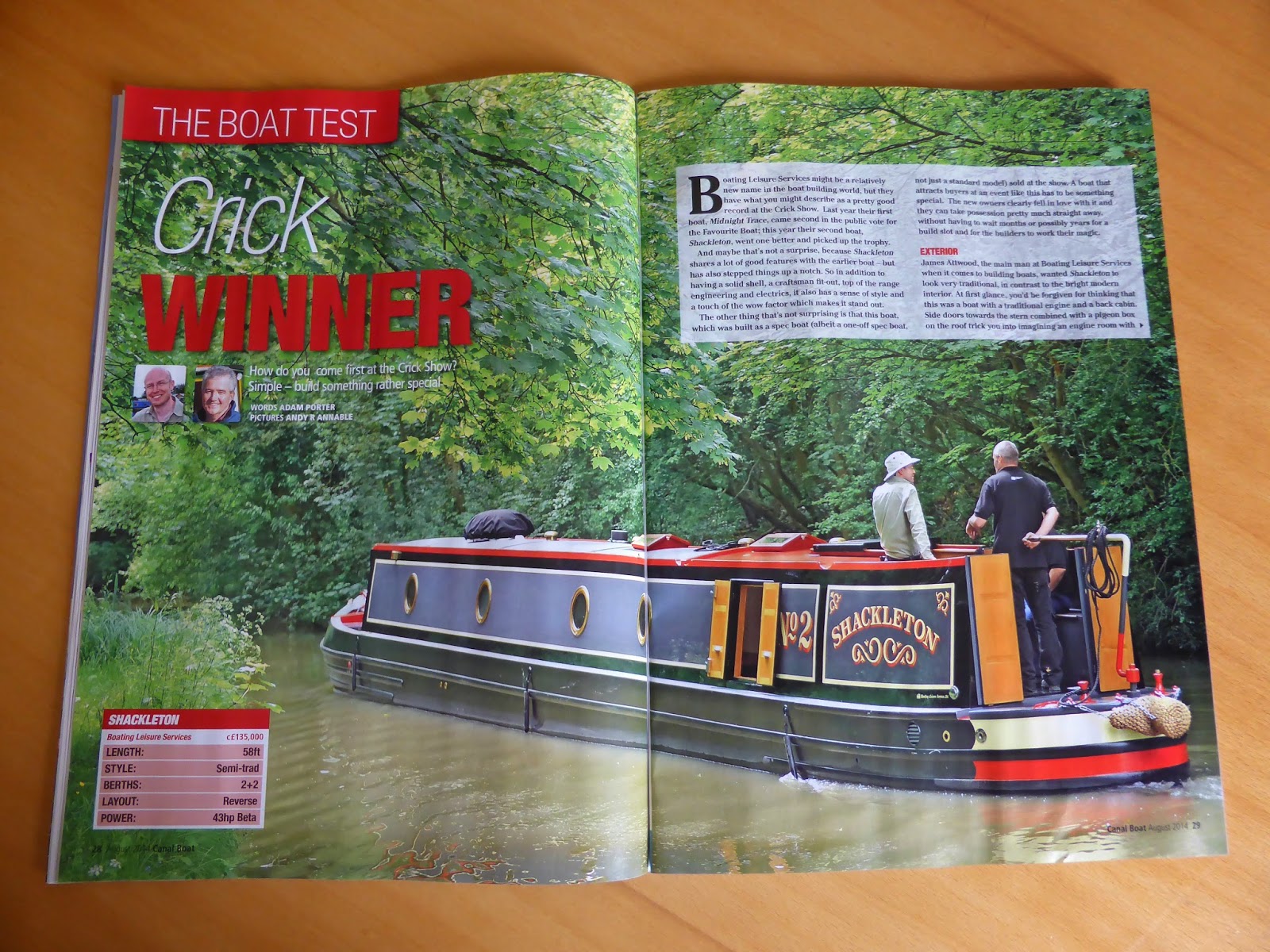 There's also ten pages of other Crick boats -- 22 of them in all. 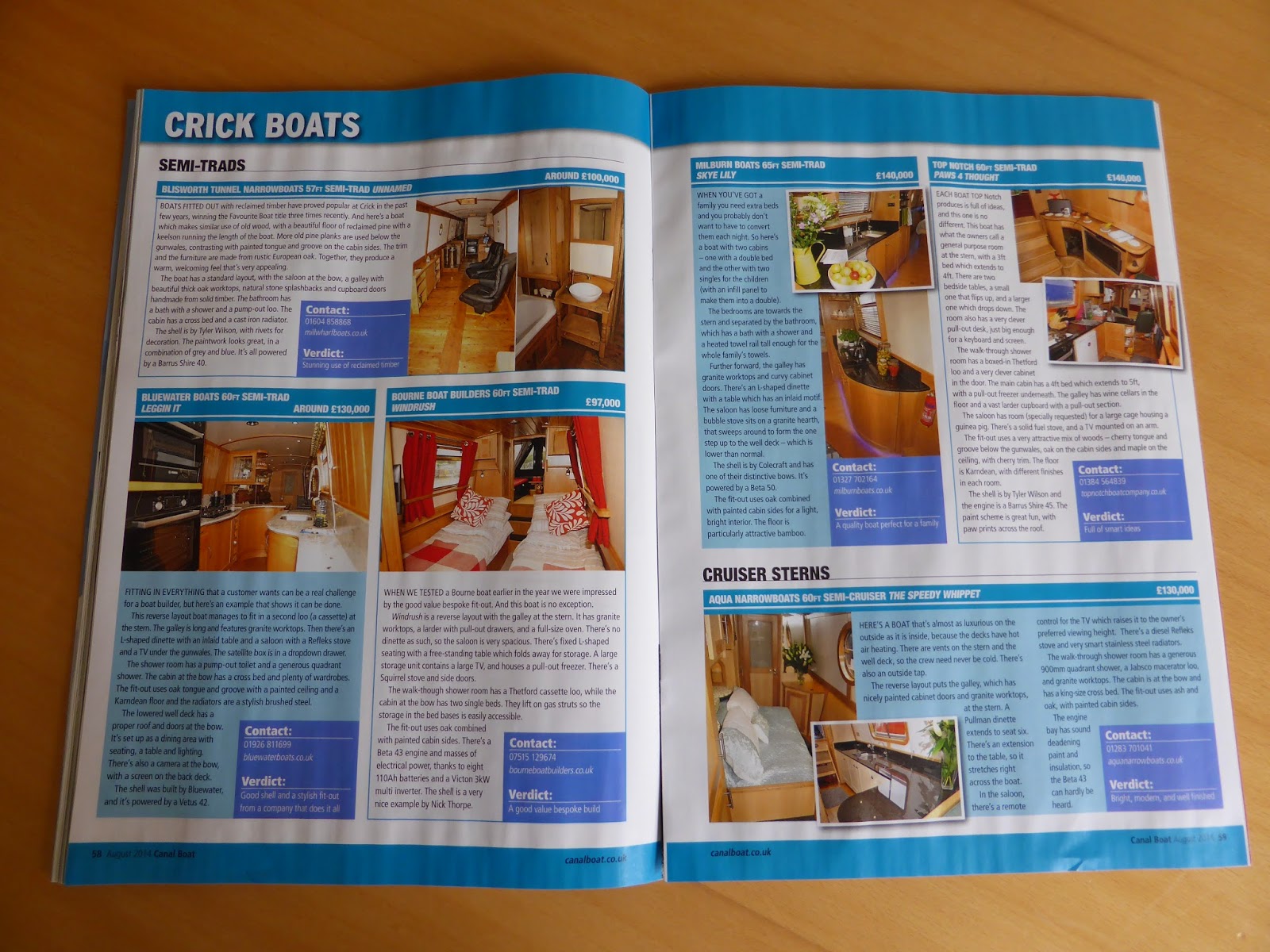