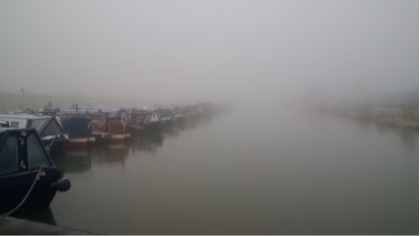 Frosty, frozen, and foggy this morning at the marina. I did the little bit of winterising that we normally do, then got in the car and drove up to Ventnor Marina for a boat test. It was foggy there too, and not quite as frozen; then about 11 the sun broke through, and we quickly went and got some running shots of the boat. The drive home was trouble-free.

An early alarm this morning, then out the door at just after 5.30 to get the train from Wolverton to work. It was very frosty. The big question of the day was whether the fire would still be in by the time I got back, some fourteen hours later. I'd piled plenty of coal in the stove before I left, and almost closed the lower vent -- and it worked, as it was still going. I didn't feel too bad about putting the Eberspacher on for an hour, as the neighbouring boat was running its engine. Tomorrow's forecast has improved considerably -- unless that also means the canal is frozen, which would be a problem.

I came up to the boat this afternoon for logistical reasons: I have to be in the midlands on Saturday for a boat test, and shift times meant it was easier to come up after work today than tomorrow.

When I got here, the boat was pretty chilly. I got the Eberspacher going, lit the fire, and also ran the engine for a bit to help heat up some water. It was about an hour before I felt I could take my coat off, but it's now more than warm enough. 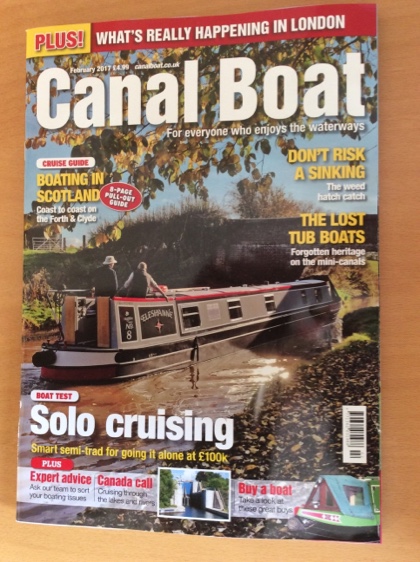 The February edition of Canal Boat is out, and includes my boat test of Eleshanne by Knights Narrowboats. 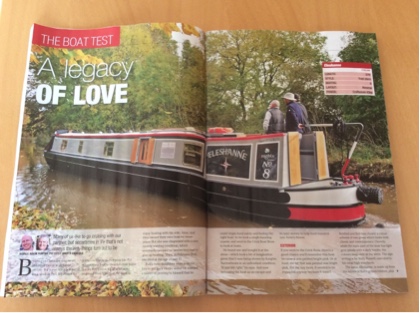 Miraculously, we both managed to stay awake until midnight. There were a few fireworks around, but otherwise it was quiet. This morning just as we were finishing breakfast, there was a tiny little wren rootling around at the bottom of the towpath fence. 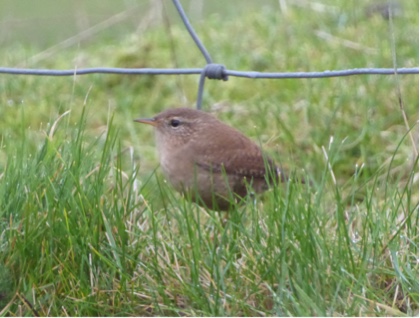 There had been some rain already, but the forecast heavy rain hadn't yet arrived, so we decided to head off while the going was good. We got away a little after 9.30. Not only was it dry, it was dead calm too. Ahead of us the sky had a bit of brightness in it. 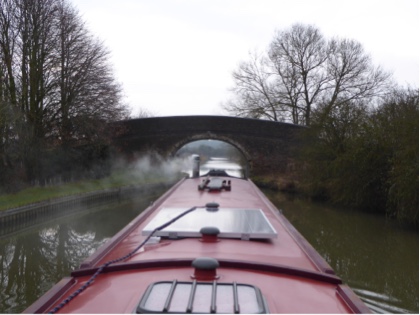 Behind us, though, the sky was very threatening, and it appeared the wet weather was chasing us. We'd almost got back to the marina when the rain started, but the wind was still negligible so making the turn in and getting into our berth we're both straightforward. Tying up was done in the rain, however.

Since then we've been lurking inside, listening to the rain on the roof, remarking on the increasing breeze, and watching The Lady In The Van off the iPlayer. Tomorrow it will be a very early alarm call, as I'm on an early shift; Adrian will also head home early.