An early drive up the M1 and across the Peak District to eastern Cheshire this morning, to the Victoria Pit moorings at Higher Poynton for a boat test.  We did the running shots first as it was sunnier than we'd dared hope.  When we were all done, we popped into Braidbar to see Susan and Peter, and then had a Bakewell tart at the Trading Post. 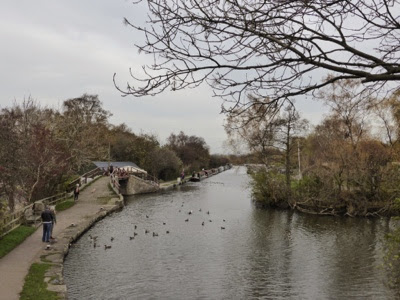 The return journey took a lot longer, thanks to Friday afternoon traffic.  I got back to Briar Rose at about 5pm.  Adrian is on his way up from home, for a weekend on board.  He's also having a slow journey.
Posted by Adam at 18:14 No comments:

I came up to the boat this afternoon, as I have a boat test to do tomorrow.  It's the first visit since the end of our long cruise in September, and there's always a slight apprehension about whether everything will have been ok in the intervening time.
As usual, everything was fine.
There was only 3p left on the electricity metre, so it's just as well I arrived when I did.  I bought a top up.  I've also put the chimney on, but it's so warm I haven't actually lit the fire, and if this evening really is as mild as the forecast suggests, I probably won't even need it later.
Posted by Adam at 18:18 No comments: 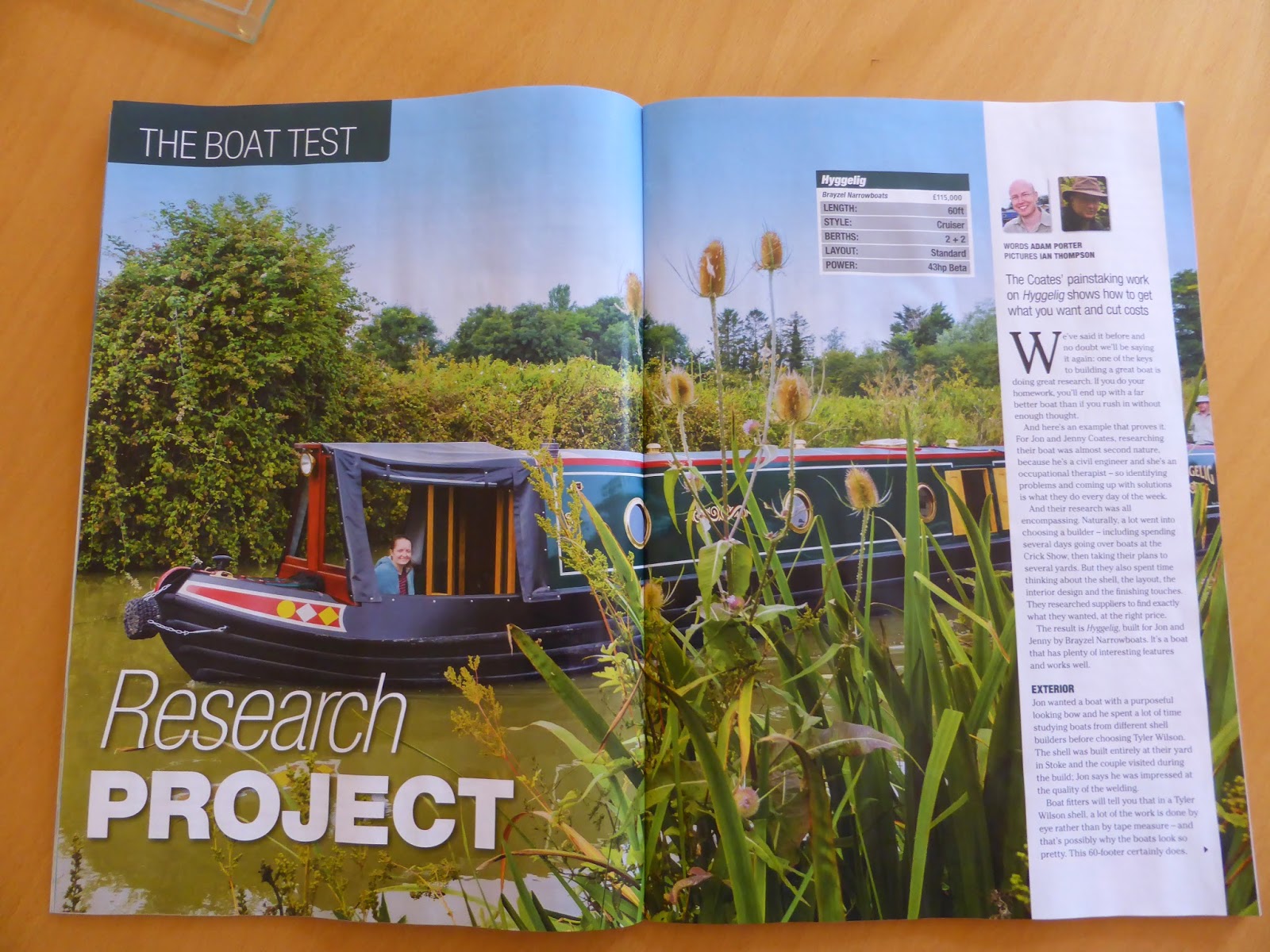 The November issue of Canal Boat is out, and includes my boat test on the Brayzel Narrowboats boat, Hyggelig.
Posted by Adam at 13:43 No comments: