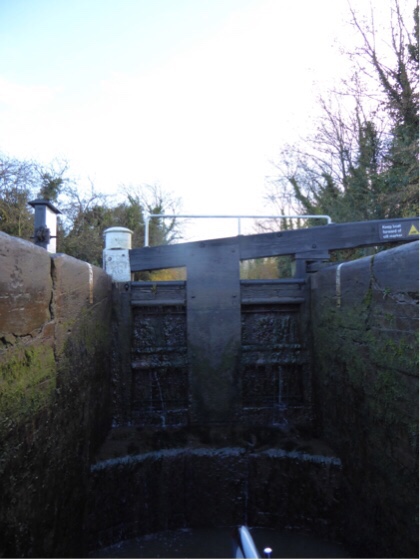 To Hanbury Junction today for a boat test, including a trip down the three Hanbury Locks. The sun was shining -- but it was chilly to say the least!

Wey Away on test 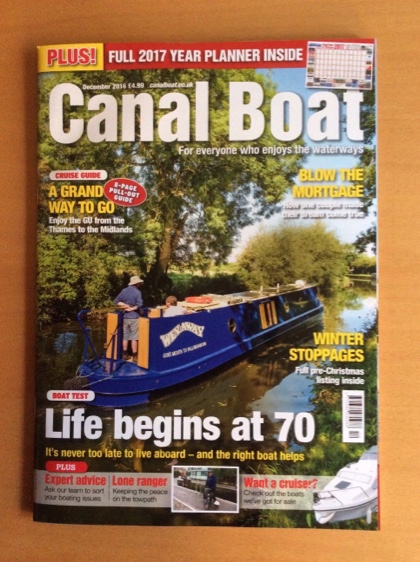 The December issue of Canal Boat is out, and includes my boat test of Wey Away by MGM Boats. 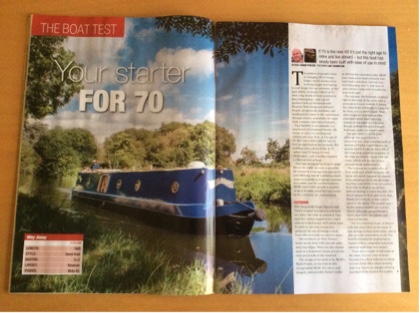 As predicted, it was a cold night last night -- but the fire stayed in somthe boat was still warm when the alarm went off at 6.30. The roof was frosty, and I had to scrape the windows of the car. 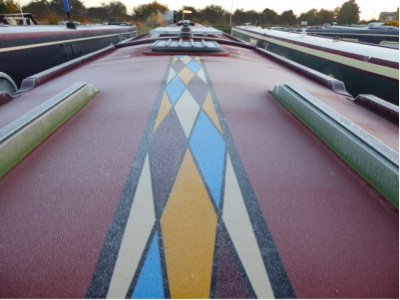 I set off at 7.30 on what should be a two hour journey to Aqueduct Marina at Church Minshull -- which should have meant I arrived earlier than the agreed 10 to 10.30. But there were temporary traffic lights on the A508, and accident blocking two lanes of the M6 at junction 3, and another than had closed the M6 at junction 16, which is where I would have wanted to leave. Andy the photographer was stuck in that particular queue, so I decided on a detour, which took ages. Andy got there before me, and I only arrived at almost 11. However, it was a beautiful day and the views from the marina are fantastic. It's quite a long way from the marina to the nearest winding hole, but it was sunny, the trees were colourful, and a kingfisher flitted back and forth in front of the boat for a long stretch of the journey. Here's Andy and the owner of the boat trying to get its photo, assisted by the boat builder. 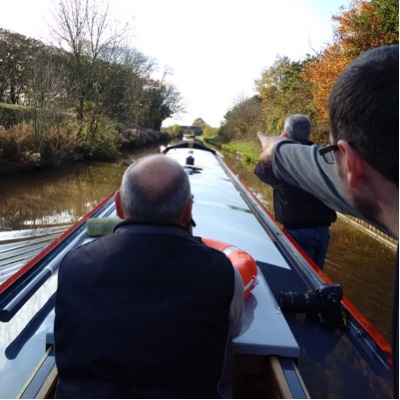 It was 2pm before we finished. Andy and I went for lunch in the marina cafe, then I went to say hello to the owner of the last boat we did there, the Hudson Brigand. The journey back was quicker, and once again the fire had stayed in fine all day so I had a warm boat to return to.

For the past year or so, I've been using an iPad app called Blogsy to write and post the blog. It was fantastic -- making it very easy to add photos and links. 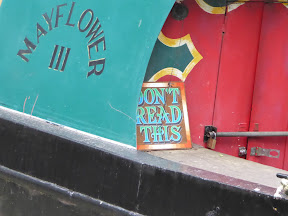 But when I came to post the blog yesterday evening, it didn't work. A bit of research revealed that Blogsy has closed. It's no longer in the App Store, tweets will no longer be answered, and the app no longer communicates with Blogger.

So last night and this afternoon I've tried a few different apps as possible replacements. None of the free ones seemed to do it, so I've splashed out £2.29 to download BlogPress. I'll use it, no the only one of the free ones which didn't immediately drive me mad, and let you know how I get on.

To the boat via the Cotswolds

I set off this morning from home, bound for the Cotswolds, where my sister and her family and our father are having a few days holiday for half term. I met them at Chedworth Roman Villa, where we had a look at the mosaics and did the woodland walk. We had an excellent lunch at The Wheatsheaf in Northleach, as a somewhat belated 80th birthday celebration. Afterwards we needed another walk, so went to the Sherborne Estate. 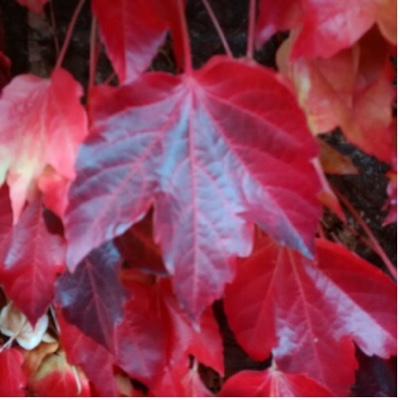 After a very nice day, I got to Thrupp Wharf at nearly 7pm, and immediately got the Eberspacher going to heat some water. I also turned on a couple of radiators and lit the stove, as it's due to be quite a chilly night. Tomorrow, I'm heading north for a boat test.
Posted by Adam at 20:30