Dry this morning, and we set off about 9.30.  Two hire boats from Gayton had already come down and there was a third at the bottom lock, with four guys with cans, and Bob Marley blaring out of a speaker.  At the lock by the A308 there’s a big pipe under the road.  This has always been here, it’s just that it used to be under the towpath on that side. 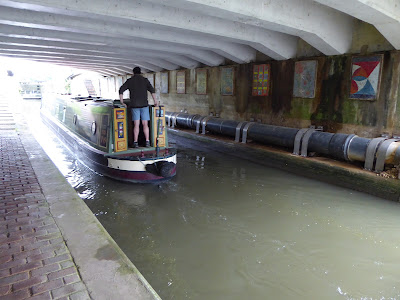 We made steady progress up the locks, and at the penultimate one we met two boats coming down, one of which was a Grand Union hire boat.  Steve Furniss was also there, showing his customers how to work the locks, so we had a good chat. 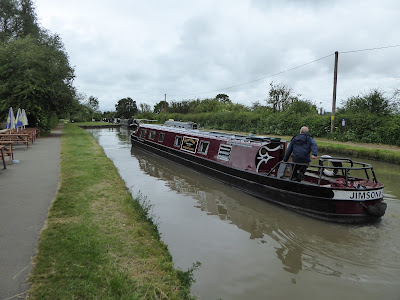 We met Mike from the trip boat at the top lock, then went through the tunnel.  We’d had a notice about tree down at the far end, passable with caution.  It turned out to be one of the most pathetic fallen trees we’ve seen — almost indistinguishable from the normal offside vegetation. 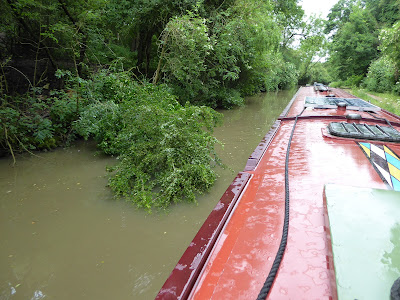 At Gayton Junction we turned down the arm and stopped at the marina for a gas bottle — having already checked they had one, as there seems to be a shortage.  The price, £32.45 seemed pretty good to me.  One of the staff asked if we’d seen three of their boats that they’d been having complaints about and had called the police on.  We went down to the winding hole about the top Rothersthorpe Lock and ted around, retracing our steps.  We have come down two locks to the long pound, and Catherine and Co are coming to see us this evening.