Our moorings were particularly quiet last evening and overnight, because of the rail strike.  In fact we saw only one train, a very long freight one, the whole day.  They also seemed very late starting this morning.  We were also later than usual, probably just trying to delay the end of the trip.  We cobbled together a cooked breakfast, using up remaining eggs, mushrooms, tomatoes, and some black pudding bought in Braunston.  It was just before 9 when we set off, on a much better day than forecast.  We were soon going through Gayton Junction. 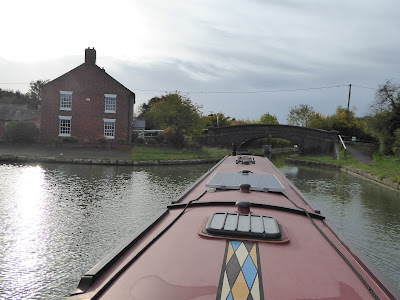 We plodded through Blisworth, then just before the tunnel there’s a tree down over the towpath and quite a width of the canal.  Narrowboats can get past ok, but I suspect a widebeam might have problems. 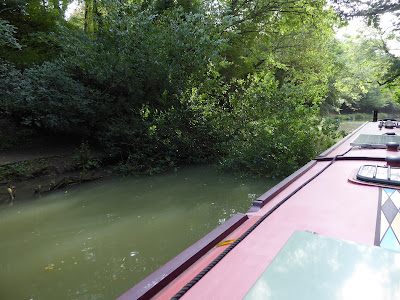 In the tunnel we met a plastic boat with just a torch and no headlight.  Then Mike on the trip boat, Charlie, came in as we neared the far end.  We just had time for a little chat, with him telling me that for once he was going right through the tunnel with his passengers, not just a little way and then reversing out.  At the locks, we joined a single hander for the top two locks, and there was very little water in the pound between them.  He moored up in the long pound, and we went down the next lock.  A boat had just gone down, and waited for us, so we shared the lower four locks with a nice couple who have lived aboard in the past, but currently just spend long periods on their boat. 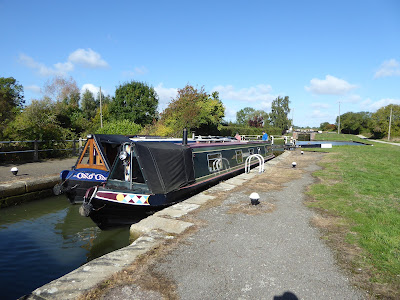 We met boats coming up, and there was great discussion about which pair would stick to the middle of the pound and which would go round — but in fact what happened was a bit of a free for all.   By now the sun was out and it was properly warm. 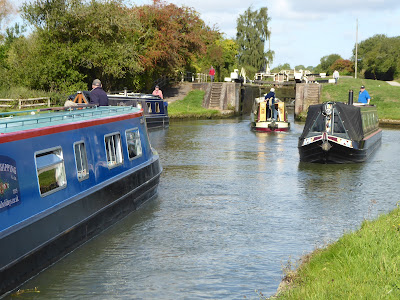 There were boats coming up at the next lock, and one at the bottom.  Our companions stopped for water while we carried on to Grafton Regis where we moored up for lunch, and then washed the towpath side of the boat while it was accessible.  We then did the final hour back to the marina, where we followed another boat in, and were soon secure in our berth.

This has been our shortest autumn trip for a while, and we haven’t done anything new.  But it’s been nice to revisit some favourite areas, and we’ve met some lovely people along the way.