After I swept the chimney on Friday afternoon, I cleared a load of debris off the top baffle in the stove, both by sweeping it off with a poker, and by lifting the baffle so the stuff at the back could drop into the stove.  However, when I lit the sire, I found that every time I opened the door, smoke poured out.  I had to open all the windows and doors to get rid of it.  I couldn’t really understand what was going on, because there was also smoke coming out of the chimney, and the flue was getting hot.

Eventually, I thought some more investigation was needed,  Perhaps I hadn’t cleared all the debris off the baffle properly, and the flue was a bit blocked.  So I shut the fire down and waited for it to cool down a bit.  Opening the door again meant another boat-full of smoke, and then I put the still hot coals in the ash bucket out on the towpath.  Shining a torch above the baffle, I could see that there was a cover over the bottom of the flue.  I looked in the instruction manual, which identified this as a smoke hood — and also said that if the stove was in a boat, where the flue was likely to be less that 4.5 metres tall, it should be left off.  Further research confirmed this should be the case.

To get to it, I had to take the sloping side fittings out of the stove, which allowed the top baffle to be removed.  Then the smoke hood could be twisted off.  Then I could see that it had prevented more debris from coming out of the flue — so it was partially blocked. 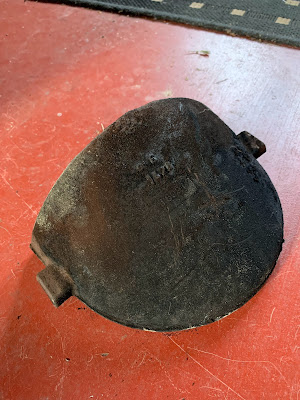 I left the smoke hood off, and reassembled everything in the stove.  Lighting it this time was much easier, with a decent draw quickly being established.  I’m hoping this adjustment will mean the stove lights easier in future too.  And if you have a relatively new Morso Squirrel, check to see whether you have a smoke hood fitted. 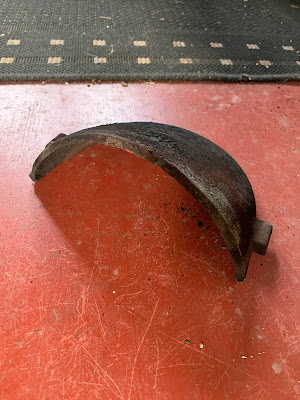