Back to lovely sunshine this morning.  We didn’t have far to go, so set off at 8.45 straight over the aqueduct over the A3400 at Wooton Wawen.  We passed the new marina at Hill Farm, which appears to have a massive restaurant on the top of the hill above it.  The only lock of the day was Bearley Lock, otherwise known as Odd Lock, presumably because it’s on its own.  Just beyond the lock is the Edstone Aqueduct, only 28ft high, but 475ft long — the longest in England.  The towpath is at the level of the bottom of the trough rather than the top, so you see boats from an odd angle.

We moored up at the start of the official moorings at Wilmcote, just beyond the winding hole.  We had the pick of spots as there was only one other boat here (in fact the whole canal has been incredibly quiet) but we preferred the end with grass alongside the boat, and which is also furthest from the road and the railway line.  We had only been on the move an hour and a half. 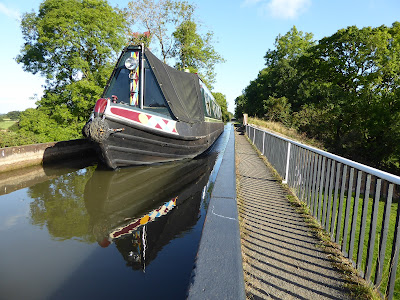 We walked up the road to Mary Arden’s Farm and looked around her house and the neighbouring farm house. 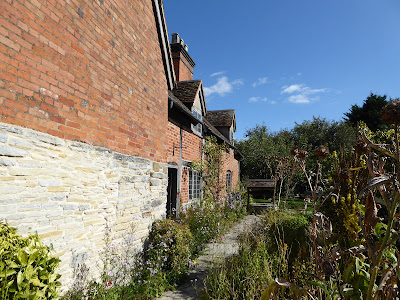 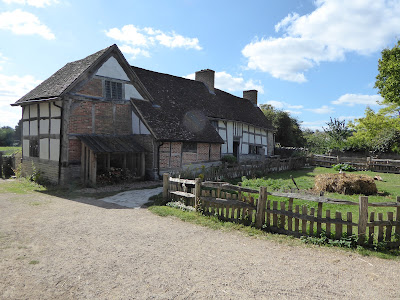 There are animals to see, and extensive grounds to walk around, including woodlands and a willow arch. 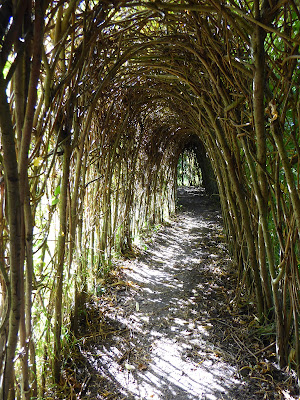 We had lunch in the cafe, and then went to see the staff having their Tudor lunch.  We’d already seen some of the food being prepared in the kitchen, and each day the staff stay in character to tell visitors all about Tudor manners.  It was a real highlight of the visit. 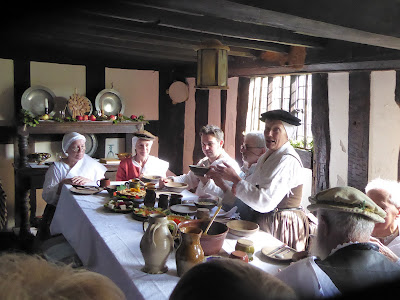 We stayed for a falconry display, using an eagle owl.  In truth he wasn’t very cooperative with the falconer, and refused to do anything on cue.  Part of the display is that he flies to each bench or table, so we did get to see him up close. 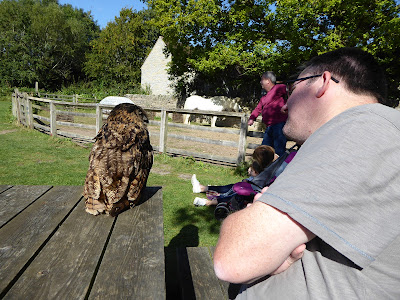 While we were out the solar panel had been doing its job topping up the batteries further.  When we got back, Adrian had to work to do and I’ve been fine tuning a boat test.

Email ThisBlogThis!Share to TwitterShare to FacebookShare to Pinterest
Labels: Wilmcote