There was heavy rain in the night, but by this morning it was surprisingly clear.  Our neighbours on the pontoon mooring at Upton we’re off early, apparently trying to beat the weather, but we were much slower to get going.  I made a quick foray to the well-stocked Coop for perishables, and we reversed off our moorings at around 9.15.

The Severn between between Upton and Worcester is the river at its dullest, with little to see apart from willow trees, and precious few landmarks.  At least it wasn’t raining for most of the two-plus hours it took, although it did start on the approach to Worcester.  The other day we had a stoppage notice come through to say the Severn was closed, as The small Diglis River Lock was out of action; Adrian phoned the lock keeper to check that wasn’t the case, as there’s another lock alongside.  Indeed, the big lock was in use today, and it lives up to its name. 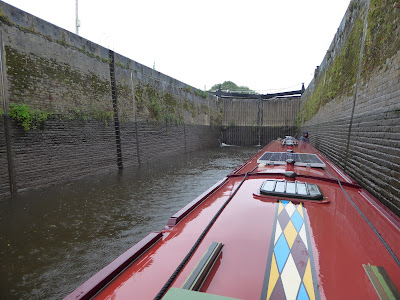 Coming out of the lock, the bulk of Worcester Cathedral looks impressive even in the cloud and rain. 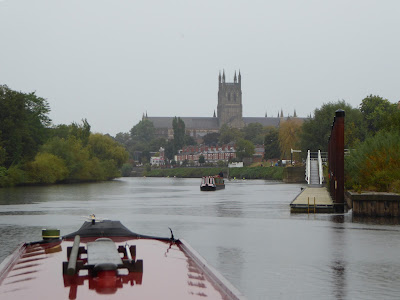 We pulled in on the pontoon, and I went to set the two big locks off the river, while Adrian brought the boat in. 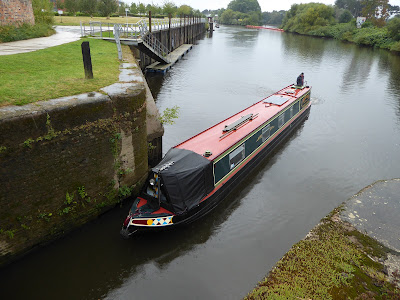 After that we were back onto narrow locks, and with the rain petering out we carried on out of Worcester. 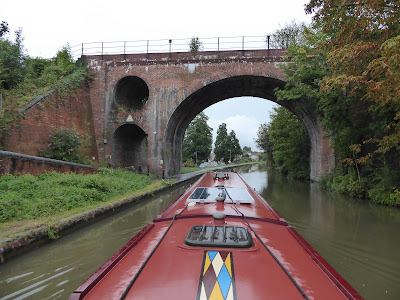 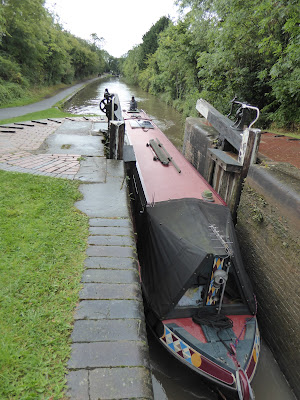 The final flight of locks was Overton, where we met a couple of hire boats coming down, but we’re still mostly behind two boats going up. I tended to go and set the next lock, while Adrian closed up the one we were in. 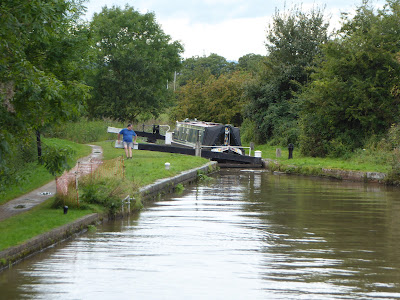 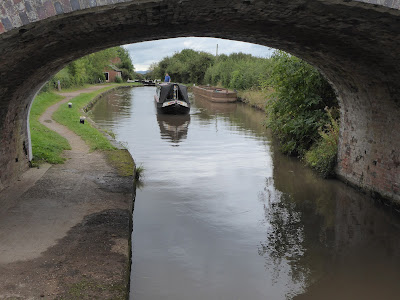 We moored at Tibberton, just along from the top of the locks.  At well past 4pm it was our latest finish for some time!  We started the day having spent a long time coming downhill.  If my maths are correct, Upton-upon-Severn is 209ft 4in below Thrupp Wharf Marina; today we have climbed around 130ft.

Email ThisBlogThis!Share to TwitterShare to FacebookShare to Pinterest
Labels: Tibberton

I have never used the big Diglis lock.