There was a lovely sunset last night, and as dusk fell, bats flitted around the boat.  The moorings at George Billington Lock are quite close to a road, but because they are below the bank of the lock island you can’t really hear it.

This morning was another bright sunny morning.  We had to turn the lock, so I went to set it while Adrian brought the boat along.  The next lock at Evesham was in our favour, and a boat arrived to go up as we left.  The famous A-shaped lock house is still there, in spite of being earmarked for replacement years ago. 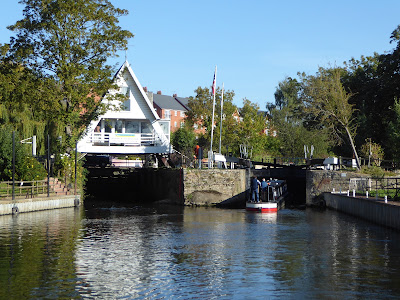 At Chadbury lock Adrian was about to close the gates to turn the lock when he spotted boats approaching to come up.  The second was a widebeam, so they had to wait for us to go down.  We’ve seen loads more kingfishers and here there were also lots of cormorants fishing then drying their wings. 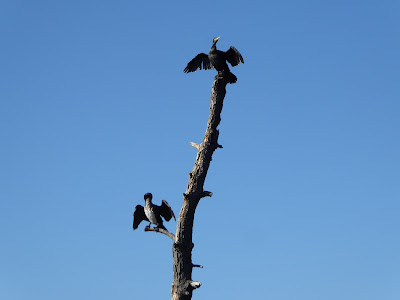 On this reach I spotted Wood Norton among the trees — the BBC has a nuclear bunker here, and my Radio 4 colleagues occasionally have to go down to make sure they could broadcast from here in an emergency. 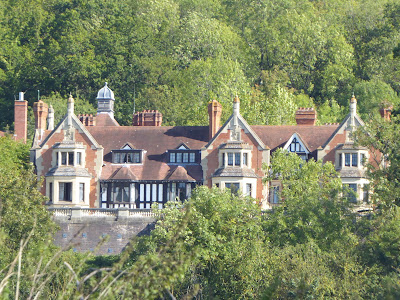 The fastest boat we’ve seen was encountered next.  I wish I’d been able to take a photo of the wash hitting our bow, as it splashed well above the roof! 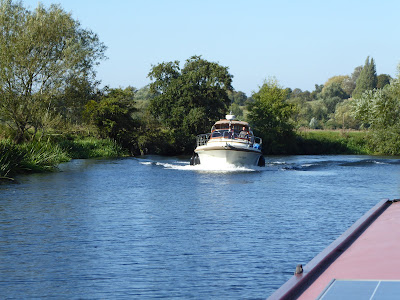 Fladbury Lock is very pretty, with a mill on the lock island, and a wide weir, only half of which was running today. 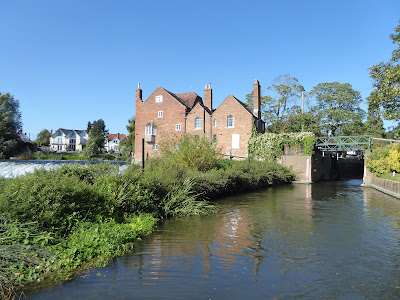 Wyre Lock is a funny shape.  A boat was just about to go in, so we shared with them.  The diamond shape makes it a bit difficult to hold the boat steady. 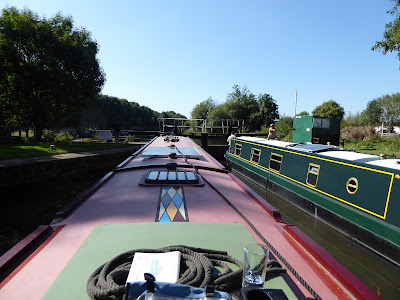 We stopped on the rec moorings at Pershore for lunch, and then Adrian made a quick visit to the large Asda just across the park.  Setting off again, we did Pershore Lock, where a boat had just come up.  It’s 9ft deep, so one of the bigger ones on the river.  Below are the two bridges, the old one is having extensive works, while the newer one had some lovely reflections on the underside. 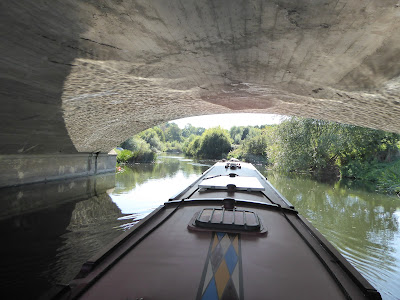 We continued around to the moorings at Great Comberton.  They’re in the shadow of Bredon Hill, which has a folly on top, built to take the summit to a thousand feet. 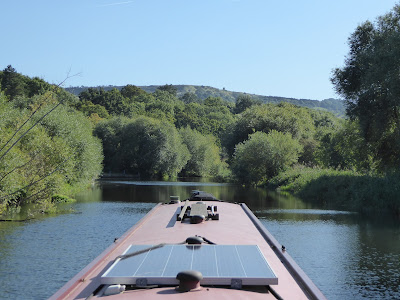 There was one boat here when we arrived, but there was still room for us.  In the field opposite, a gang is either harvesting or planting something, walking slowly behind a tractor.