Today has been a really good day on the Rive Avon, in fantastic warm sunshine.  First though, we went to Encore for dinner last night just across the road from the basin, and had some pretty good food.  This morning we needed shopping so made a quick visit to the Sainsbury’s Local just up the road.  We were still ready to go by 8.30.  Because of the angle of the pontoons and the widebeam trip boat moored opposite, I started by going in the wrong direction and turning right round in the wide part of the basin.  Then it was straight into the lock, which was already set.  Once the boat was down, I walked across the Tramway bridge as you can’t get back on below the lock, and took photos as I walked to the first lock of Briar Rose going past the RSC Theatre, Trinity Church, and into Colin P Witter lock. 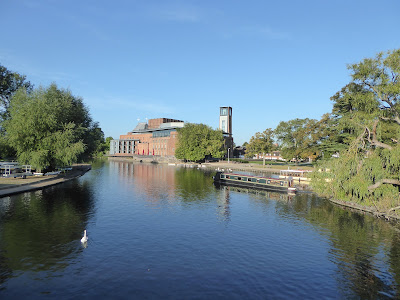 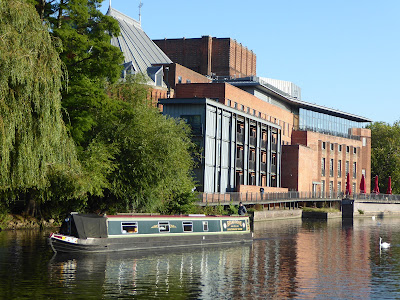 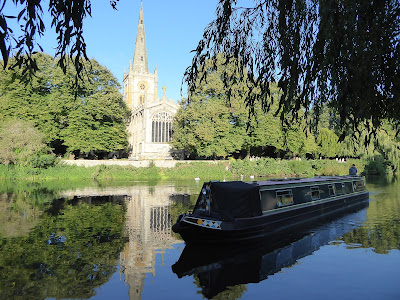 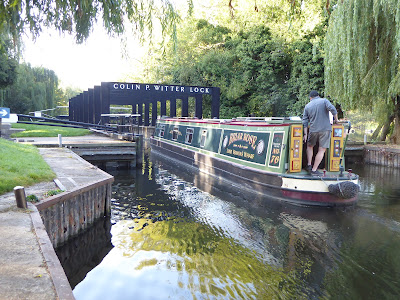 We enjoyed looking at the riverside houses, some big, some modest, some old, some clearly very new.  Locks came and went, many of which we had no recollection of at all.  We haven’t had to turn a lock all day, they’ve all been in our favour with the gates standing open.  The water levels are pretty low, as demonstrated by the boards at the bottom of each lock. 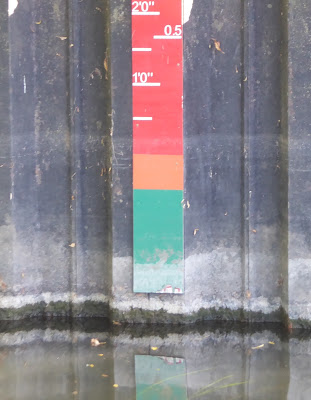 Below one lock, we passed four double canoes of kids.  This looks much better than school. 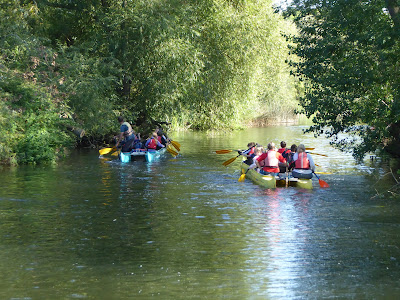 At Bidford, we went through the bridge, then as there was space on the recreation ground moorings we stopped for lunch, just as a boat coming the other way had the same idea.  Shortly afterwards the kids all arrived back, moored their craft between the two boats, and went for lunch in the park. 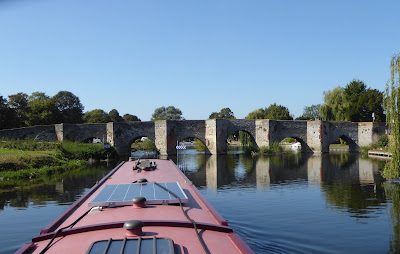 After lunch I went for a look at the bridge while getting one thing from the shop on the other side.  It’s a single track bridge with traffic lights at each end, and on one side there are notches where pedestrians can shelter from the traffic.  The park was busy with people; taking a car in costs £3 payable to the Parish Council.  Some people parked right up by the river, others left their cars in the shade and took their chairs into the sunshine. 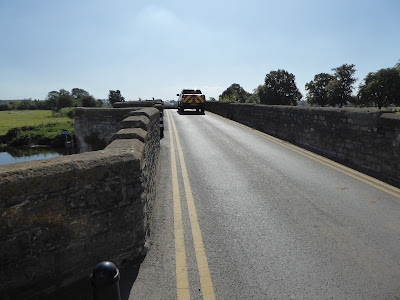 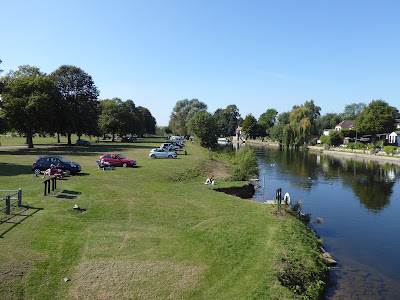 We have seen numerous kingfishers today, including one place where two together flew right along the side of the boat.  We didn’t recall seeing two in such close proximity before.  We continued through another couple of locks to George Billington Lock, where there are good moorings that we enjoyed last time we did the Avon; in fact, today has been a complete recreation of a day we did in June 2011 — except with much more sunshine.  I see looking back at the blog for that day that we have even moored in exactly the same place.  We are on the lock island side; next to the lock itself is a sort of lighthouse. 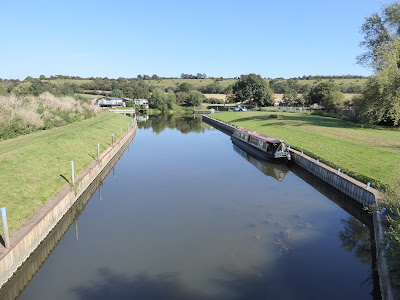 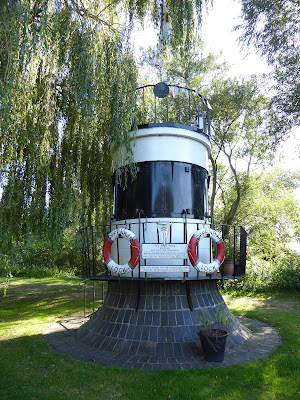