We set off as usual at 8.30; I walked up to the lock and Adrian brought the boat. 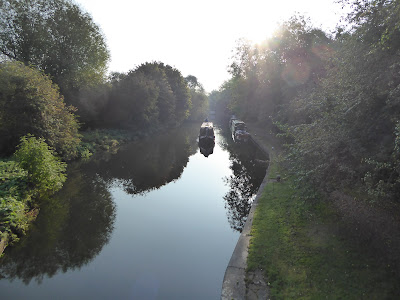 At the second lock, Adrian heard a splashing in the water and saw a little robin struggling.  I managed to fish him out using the broom, and took him to the hedge where he hopped off onto a branch.  He was clearly wet and tired, but hopefully he’ll have dried out and recovered his composure. 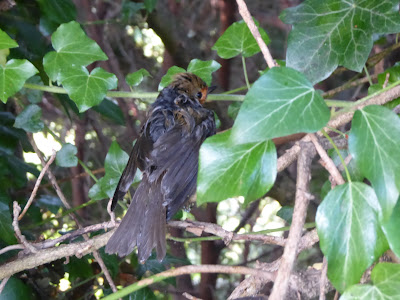 I walked between all the first five locks.  They all have to be left empty, which means they’re likely to be in your favour when you’re going up hill. It’s quite a pretty stretch of canal, and we completed the first five locks in an hour and a half. 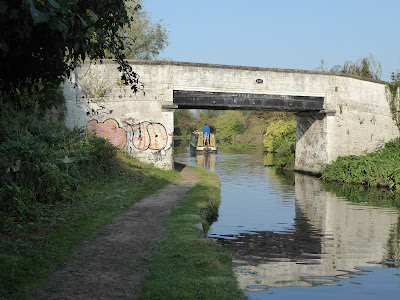 By the time we got to the first of the locks in Berkhamstead we had caught up with the pair of boats we saw yesterday.  This meant we had to turn the locks each time, so the next five took two hours.  Berkhamstead is always an attractive town. 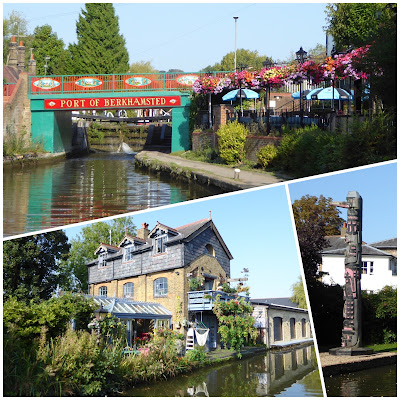 There were then five locks left up to the summit, and these also needed turning.  These five took a little over two hours.  There were lots more boats than we’ve seen before moored on the summit.  After the first section, it moves into a cutting which isn’t anywhere near as deep as those on the Shropshire, but it’s still quite impressive. 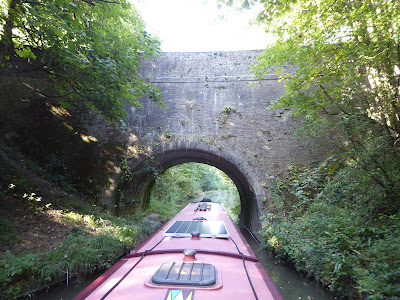 On the approach to Bulbourne Junction, there was a gondola moored outside the pub.  The former workshops opposite, which have been used as artists studios recently, are now being converted into houses. 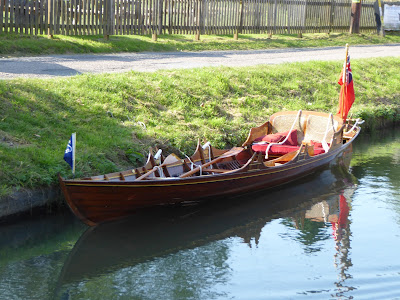 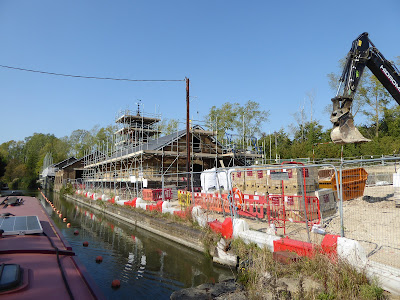 At Bulbourne Junction we turned left onto the Wendover Arm. 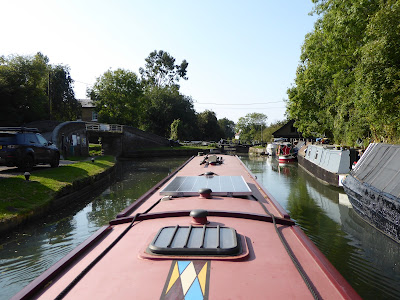 The arm is narrow, twisty, and shallow.  Because it’s a feeder for the summit, there’s also a bit of a flow on it.  At times it felt as if we were hardly moving forward at all.  It’s rural, apart from the intrusion of the Heygates flour mill. 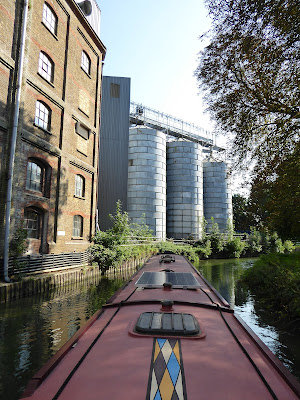 We turned at the current end of navigation, and moored up on the only straight bit of moorings.  We are one of only three boats down the arm.  This afternoon, we’ve had a visit from Adrian’s former colleague, Thelma, and her new puppy, Ronnie.  He’s a black and Tan Jack Russell, eleven weeks old, and incredibly cute. 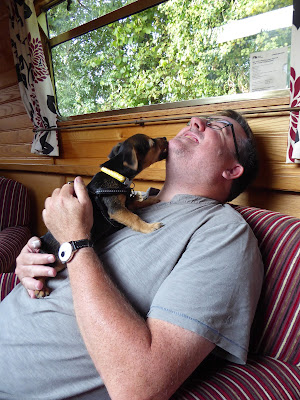