The last time we did exactly this day’s journey back in 2014, everything seemed to take a long time.  It was similar today — although possibly for different reasons.  Last time we had hold ups at several locks; this time there are just far more moored boats around, so everything is slower.  We set off at 8.30 in more sunshine.  At the second lock, Black Jack’s Lock, a boat was just coming out.  The B&B there is now also a cafe and a store.  At the next lock, Copper Mill, we thought our luck was in again, as a couple of boats appeared to be coming down.  In reality, though, they were filling their water tanks and said they’d be half an hour.  We didn’t really think that blocking the navigation for half an hour was on (and as they were two liveaboard boats we also didn’t think they’d only be half an hour).  In their defence, there was a boat moored on what should be the water point, and they did eventually agree to come down and slot into the space behind him.  All this took a while, but we eventually got up the lock.  Stocker’s Lock has another of the attractive lock cottages, which all have another floor below the one on the lock side. 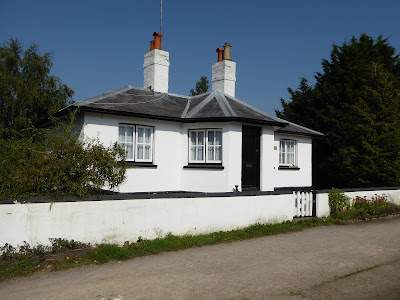 Above the lock, on the stretch in to Rickmansworth, what we assume is a former lifeboat was moored up.  We’re Used to seeing the yellow or orange ones from oil rigs, but this one was far bigger. 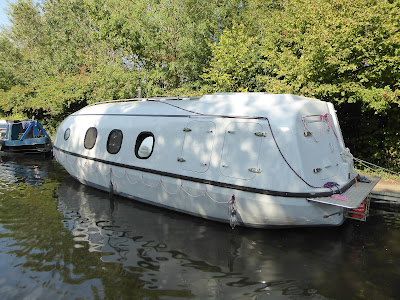 We stopped at the Tesco in Rickmansworth which has its own mooring.  While Adrian went to do the shopping, I went down the weed hatch as the rudder had been juddering at anything much faster than tickover.  I unwrapped from the prop shaft a range of plastic bags, fabric, braid, and assorted bits of hard plastic.  Tesco even has a handy bin on the moorings to put it all in. 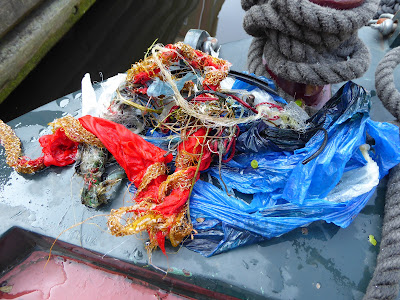 At Batchworth Lock there’s an arm on the left with its own lock, up to what are now moorings.  There are some very big boats moored above the main lock. 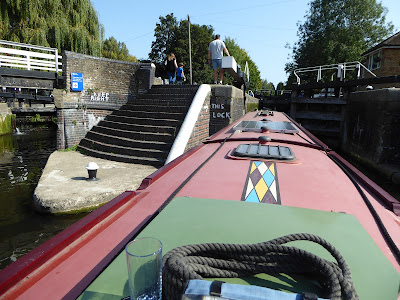 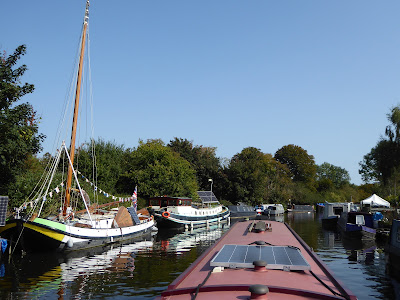 We’ve seen a number of widebeams on the move today, all seemingly having done their weekly trip to the water point.  There was one coming out of Cassio Bridge Lock when we got there.  The lock cottage there is less well kept.  Behind it, there are massive earth works although I’m not sure what they’re for. 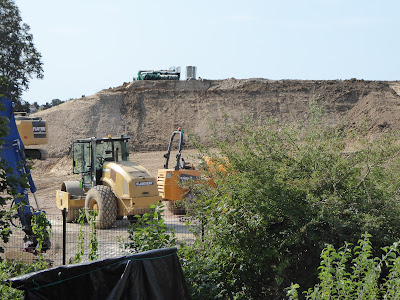 At Iron Bridge Lock, which is in the middle of Cassiobury Park, we appeared to be providing the Sunday afternoon entertainment for most of the population of Watford.  Both lock sides were lined with people, as was the bridge at the tail end of the lock. 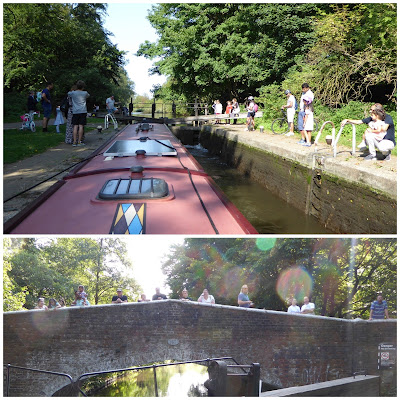 We did the two Cassiobury Park Locks, then aimed for a mooring at Grove Ornamental Bridge.  Just as we got to the bridge a massive widebeam appeared, necessitating a reverse on our part.  The steerer said his boat steered in reverse like a block of flats.  We wondered why a suitable mooring was immediately available, and it turned out to be because you can’t get close to the edge there.  We went past a few moored boats and found a spot a little further along.  It was only 3.30 but we felt we’d had a long enough day.