Another very hot and sunny day.  We had another relaxed start, only setting off at about 9.30.  Lots of the fields are now filled with big rolls of straw. 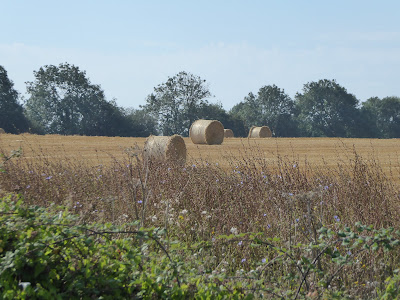 We went past our marina, through Cosgrove, and down the lock, mooring up before the aqueduct.  There was initially some shade alongside the boat, and we sat outside reading.  As the sun moved, so did we, with our chairs getting further and further along, and closer to path.  We had lunch outside, then a little while later the ice cream man cycled past, heading for his usual spot by the aqueduct.  We walked up and got a very welcome ice cream. 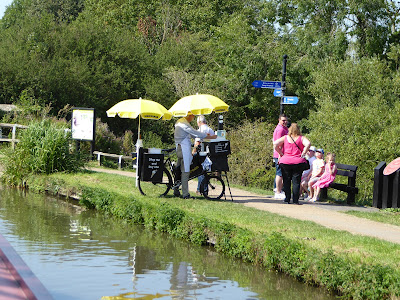 When the pair got to the lock there were two Wyvern hire boats coming down, who initially shut the gates behind them.  It was only after considerable hooting by the pair that they opened them again.  The pair slipped into the lock and I pulled up on the lock landing.  A family with several children were trying to refill their water bottles from the water point there, so I unlocked it for them. As the pair needed to go up and another boat was waiting to come down, I thought I’d use the few minutes to put some water in our tank.

We were joined in the lock by another Wyvern hire boat.  We were hoping for the shady mooring n the other side of Solomon’s Bridge, but it was taken so we pulled in towards the end of the village mooring.  We walked through the horse tunnel under the canal to the Barley mow for a drink in the garden, with Briar Rose right opposite, across the canal. 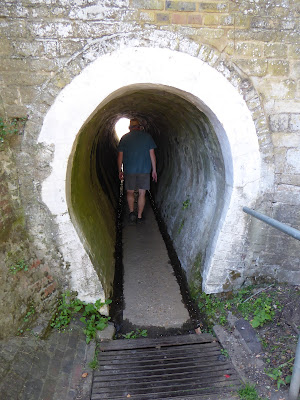 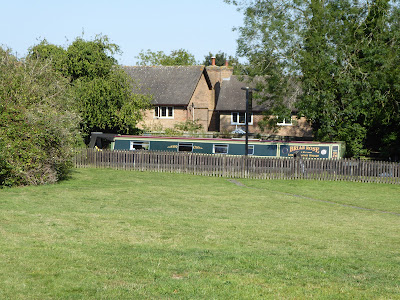 A local cat came over the fence and visited several tables, including ours even though we had no food at all. 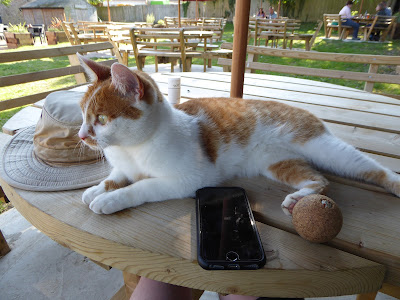