We had a lovely evening last night, sitting out on the towpath with Catherine, Nigel, Grace, and Matthew — with the barbecue going and the wine flowing.  We were treated to a hot air balloon going over, three powered hang glider things, and then as the sun went down, bats and increasing numbers of stars. 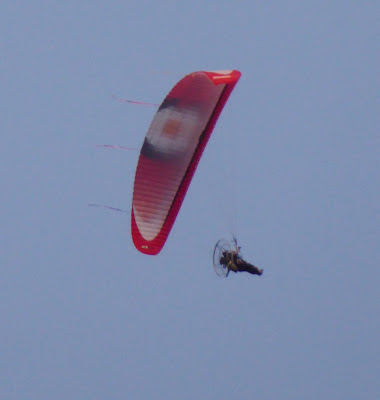 This morning was sunny and warm from the off.  We set off around 8.45; Adrian walked the rubbish round to the bin at the service point and I picked him up at the bridge.  Going through the tunnel, I was catching the boat in front, and the one behind was catching me.  When we emerged at the far end, we had at least three boats in front of us, but one moored up and another went over to the water point.  The boat in front of us joined another in the lock, and we waited with the following hire boat alongside. 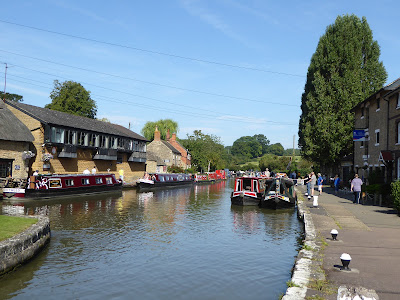 By the Spice of Bruerne Indian restaurant is now an ice cream van, cleverly called the Ice of Bruerne. 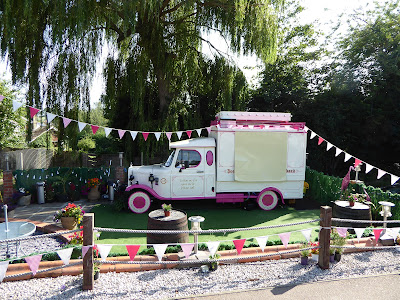 When we dropped down the lock, there was great excitement as a good sized terrapin was spotted.  The volunteer lock keeper says it’s normally up by the tunnel. 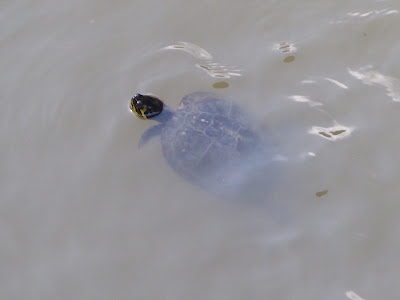 We worked well with the crew of the hire boat, who were very experienced boaters, and got down the flight in about average time.  Just below the locks, on a blind bend, we heard a horn warning of an oncoming boat.  It turned out to be a motor with a butty alongside — the butty being Barnes, which until last week belonged to my BBC colleague Mike Embley.  It set off from London last weekend bound for a new home. 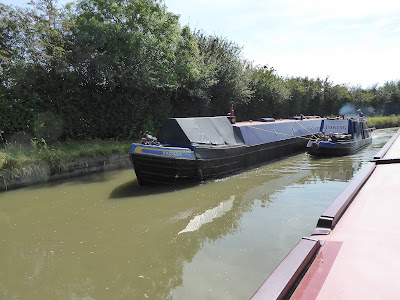 When we got through Bridge 57, a popular mooring spot was empty so well pulled in for lunch.  It’s been really sunny and warm, and we couldn’t be bothered to set off again.  We’ve spent the afternoon lounging about, reading, and possible falling asleep a little.  The local ducks have been having a fine old time, splashing about and enjoying themselves. 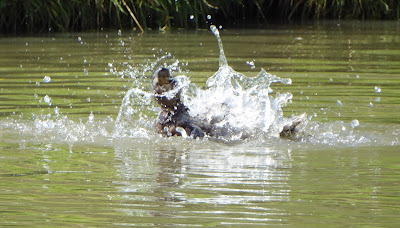