Another beautifully sunny day, which got really quite warm later.  It would have been fantastic going across the Pennines in weather like this.  We set off at 7.45. 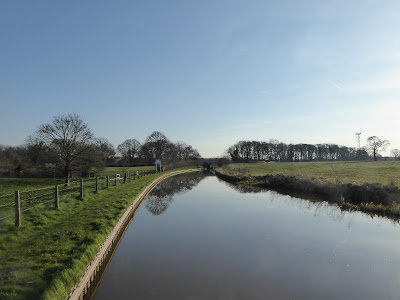 There are lots of nice mooring places along the Middlewich Arm, and many of them had boats sitting out the lockdown.  At Minshull Lock a grey wagtail posed on the bridge railings. 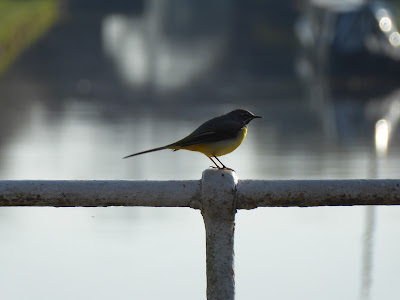 We passed a hire boat going the other way just above the lock, so sure enough Cholmondeston Lock was in our favour.  Just above it it we paused to have a chat with Pip and Mick on Oleanna — at a safe distance of course.  In fact the distance got safer and safer as we slowly drifted past!  They are in a good place, with quite a few miles of lock-free water for a change of scenery, shopping and services at Nantwich, and three water points.  With the day’s two lock way, we had our final mid-morning hot cross buns of the trip. 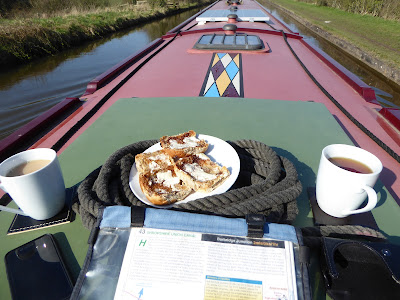 There were more lines of moored boats up to the junction, where the Jolly Tar pub has been replaced by new houses. 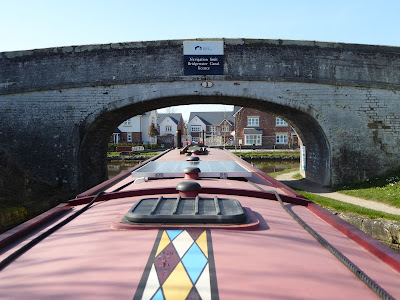 We turned left onto the Shropshire Union Mainline, and soon reached Hurleston Junction, the start of the Llangollen Canal.  The bottom lock has been rebuilt over the winter as it’s been getting narrower and narrower.  Below the lock we passed the coal boats, Mountbatten and Jellicoe, who told me the lock should open on Friday or Monday.  They used to do the coal run on the Llangollen, but came down the locks some time ago and then couldn’t fit back up. 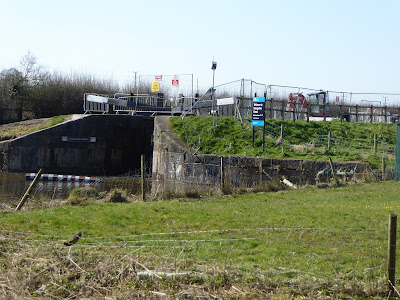 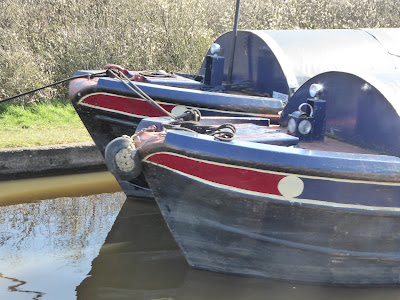 A boat going on tickover the whole time waved us past, then we soon arrived at the entrance to Nantwich Basin.  We cruised and the guys told us where we could moor.  I turned the boat around and reversed in. 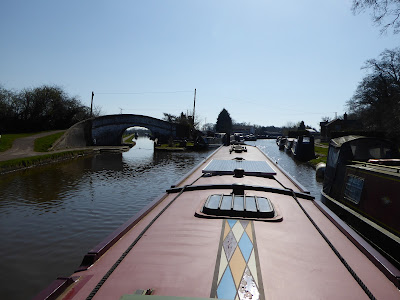 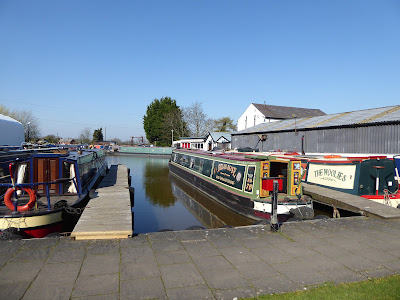 We caught up with Bill (at a safe distance) and he then gave Adrian a lift to Crewe station.  He’d already bought a ticket which was downloaded on his phone so he didn’t have to touch any ticket machines, and after a slight pause at the barrier while he refunded that one and bought one for the correct day (!) he caught a train to Stoke (which went alongside the Cheshire Locks) and then onto Milton Keynes.  A taxi took him to our marina where he picked up the car and drove back to Nantwich, arriving just before 4.30.  We’ll pack up and head home tomorrow.  We’re very grateful to Bill for his help in fitting us in and making the car retrieval so much easier.

Email ThisBlogThis!Share to TwitterShare to FacebookShare to Pinterest
Labels: Nantwich

We used to moor at Nantwich. Can’t believe there are houses now at the jolly tar but saying that the pub never looked inviting. We always preferred the old bar bridge. Safe journey home tomorrow.