Thames sightseeing, and a canal fix

Yesterday we had a day of sightseeing in London -- doing some of the things you don't have time for when you work there.  We started by walking down to the river and catching the Clipper from the pier by the Globe theatre. 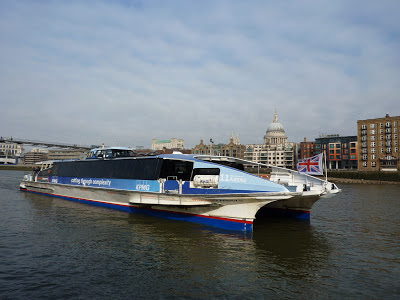 We headed east, past the Tower of London, and the docklands. 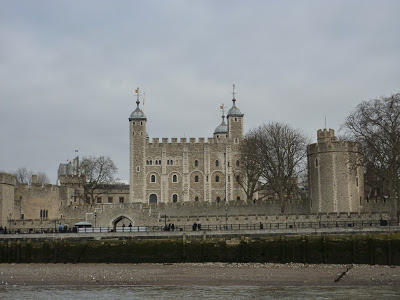 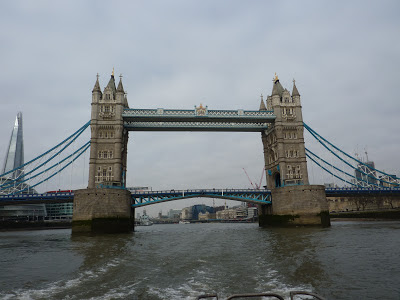 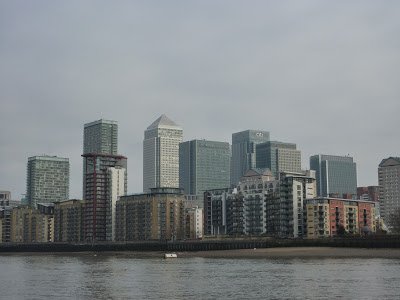 Further east, we saw a couple of floating docks, both with boats in them. 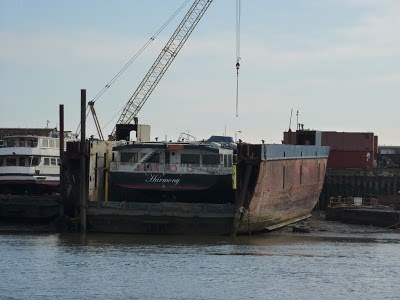 At North Greenwich, we got off the clipper and walked over to the Emirates Air Line, the gondola across the river. 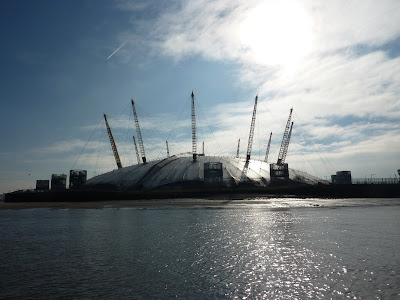 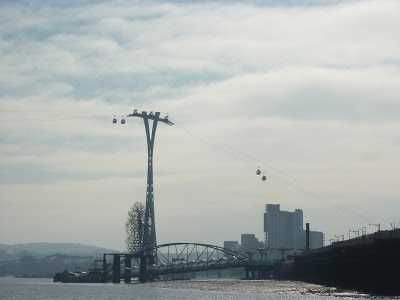 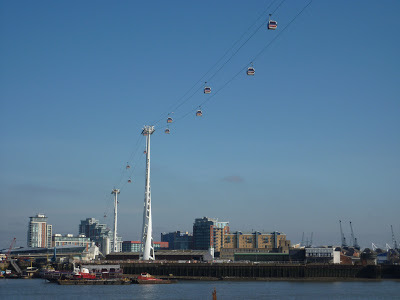 It's a great trip over the river and back (we didn't even get off at the far side!) and the views are spectacular.  This is Bow Creek (with almost no water in it), and the Olympic Park beyond. 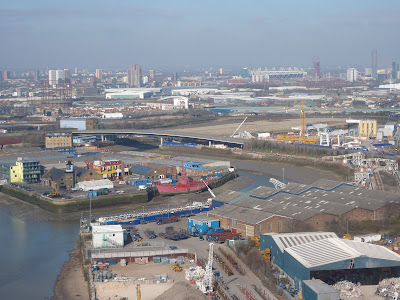 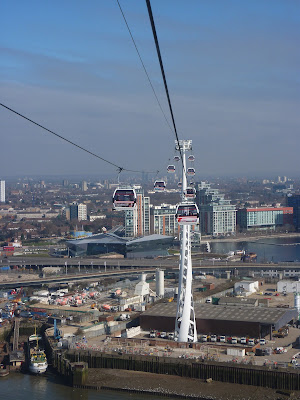 Back on the Greenwich Peninsular, we had a look round the O2, where neither of us had been before, then caught a bus into Greenwich where we had lunch.  Then we caught the DLR to Stratford, because we wanted to go to the viewing gallery at John Lewis, to get a better view of Olympic Park.  There's a lot of work going on to transform the site, including taking down the wings of the aquatics centre, which housed thousand of extra seats.  Some of the best views were actually from the train. 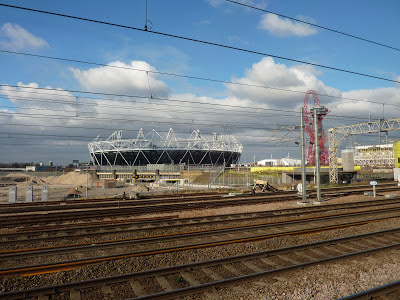 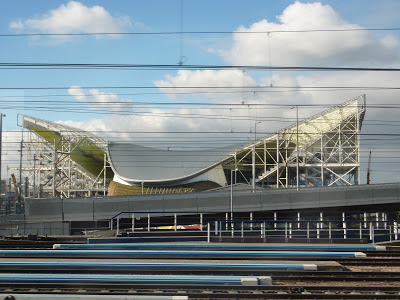 As we were having tea in the John Lewis cafe, we sent a text to Sue and Richard from Indigo Dream, because we knew they were afloat this weekend.  Arrangements were made to meet up.  We took the DLR to Bow Church, then walked to the Lee Navigation.  At Old Ford Lock we spoke to a woman who'd just been threatened with a knife by two men on bikes who tried to snatch her phone.  We carried on walking, probably for a mile or two, before we spotted Indigo Dream approaching and we could thumb a lift back. 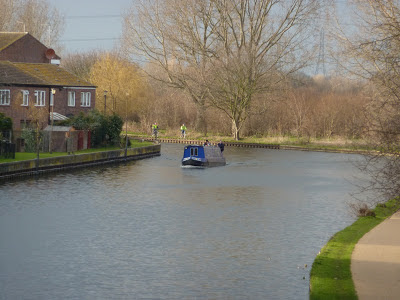 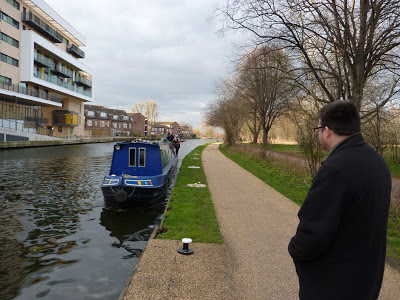 It was great catching up with Sue and Richard again, and meeting Greygal and Andy for the first time.  It was almost 6pm by the time we got back to Indigo Dream's mooring at Limehouse, and we headed back into town on the DLR. 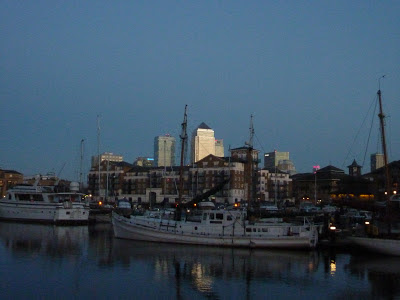 It was so great to see you both - I didn't realise that you hadn't met Greygal before.